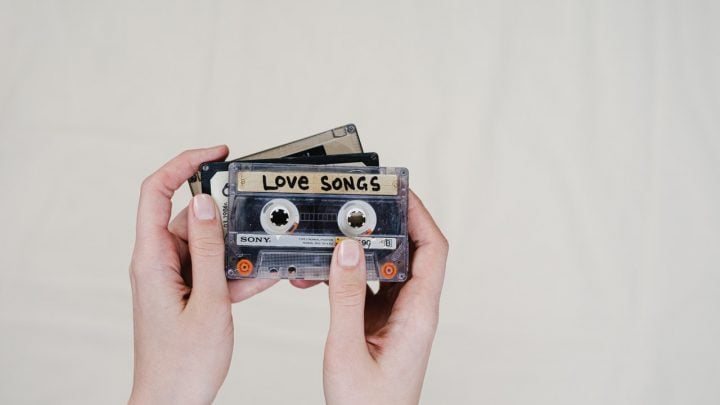 The 1990s was probably the ultimate era for love songs. Along with the dawn of the internet, boy bands, Tamagotchis, and other cultural representations of 90s cheesiness, love songs were everywhere.

We like to think of 90s love songs as a stand-alone genre. Music videos even started to incorporate advanced technology that today would be akin to Powerpoint slide deck transitions.

Still, for music lovers, 1990s love songs will always hold a special place in our hearts, no matter how cringy they might seem today.

Let’s get into our rundown for the top picks of 90s love songs.

The 1990s was the starting point for what we know as pop music today. So, what were three of the best pop 90s love songs?

“I Want it That Way” by Backstreet Boys

When we think of boy-bands from the 90s, Backstreet Boys will forever be at the forefront. Released in 1999, “I Want it That Way” remains the band’s signature song, reaching #1 in over 25 countries. If you were born before 1997, there’s little reason for you not to have memorized all the lyrics.

The song is beloved for its incredible catchiness and perhaps vaguely written lyrics. In fact, the band’s record label initially asked the lyrics to be rewritten to prevent alienating their current fanbase. In the end, the boys changed it back, which we’d say was the right call.

Written and recorded by Australian pop duo Savage Garden, “Truly, Madly, Deeply” is the ultimate profession of love. The signature 90s repetitive, catchy chorus reels you in almost immediately, with lyrics that are stuck in your head after just one listen.

The quintessential 90s pop song went on to chart #1 on the Billboard Hot 100 for two weeks and then at #2 for ten weeks. If you need the perfect song to profess your love to someone that you’ve been missing, we’d say this one would do the trick.

“My Heart Will Go On” by Celine Dion

Nothing says the 90s like the 1997 film Titanic. But even with outstanding performances by a youthful DiCaprio and Winslet, much of the film’s popularity came from its tear-jerking theme song, “My Heart Will Go On,” recorded by Celine Dion. The song is definitely one of the greatest love songs of the 1990s and possibly ever.

The song won the Academy Award for Best Original Song and the Grammy Award for Record of the Year. Not to mention it catapulted Celine Dion’s career into the stratosphere.

The song is still beloved by many today, but only if you can manage to get through the whole thing without ugly crying.

“Kiss from a Rose” by Seal

Songs with catchy yet vague lyrics were a common theme we saw in the 90s, and no song better captures this theme than Seal’s iconic ballad, “Kiss from a Rose.” Released in 1994, the song only became popularized when it was re-released in 1995 for the Batman Forever soundtrack.

Seal has yet to explain exactly what a “kiss from on a rose on the gray” means, inspiring a plethora of theories since the song’s release. Whatever it means, the song perfectly captures the 90’s love song aesthetic, full of drama, figurative lyrics, catchy melodies, and a little bit of mysteriousness.

“I’ll Make Love to You” by Boyz ll Men

As far as 90s boy-bands go, R&B group Boyz II Men were the ultimate lover-boys. Their 1994 classic, “I’ll Make Love to You,” instantly captured the hearts of women everywhere, which is to be expected considering Baby Face wrote it.

The song topped the Billboard Top 100, sitting at #1 for 14 weeks. The band’s silky vocals, harmonies, and powerful runs make it one of the most belt-able songs of the 1990s.

“I Don’t Want to Miss a Thing” by Aerosmith

If there’s a common thread you’re noticing on this list, it’s not just you. In the 1990s, it was typical for the most memorable love songs to find their place in what we used to call back then, Blockbuster films. And “I Don’t Want to Miss a Thing” by Aerosmith was no different. The song was popularized in 1998 for the apocalyptic film, Armageddon, starring Steven Tyler’s daughter Liv no less.

Written by an acclaimed songwriter of the 90s, Diane Warren, she never envisioned that a hard rock band from the 70s would cut the song. In fact, the anthemic love ballad was a massive departure from the band’s previous music.

Nevertheless, the orchestral arrangement combined with Tyler’s eccentric hard rock vocals makes the song a power ballad of the 90s you can’t help but sing along to.

“I’ll Be There For You/You’re All I Need” by Method Man feat. Mary J. Blige

Arguably one of the greatest hip-hop love songs, “I’ll Be There For You/You’re All I Need” by Wu-Tang Clan’s Method Man tells a classic love story without sounding too soft. The vocals of Mary J. Blige compliment the song as she sings an interpolation of Marvin Gaye and Tammi Terrell’s “You’re All I Need to Get By.”

Mary’s infectious vocals layered under Method Man’s rugged rhymes create a juxtaposition that only two of New York’s finest could produce. Two versions of the song exist, one produced by Wu-Tang leader RZA and the other by Sean “Diddy” Combs, both of which earned critical acclaim, including a Grammy win.

The Number One Love Song of the 1990s

“I Will Always Love You” by Whitney Houston

Finally, we couldn’t get into a list of 90s love songs without mentioning what’s likely the best of them all. Whitney Houston’s rendition of country sweetheart Dolly Parton’s “I Will Always Love You” might go down in history as one of the greatest songs of all time.

Recorded for the 1992 film The Bodyguard, the song spent a record 14 weeks at the top of the Billboard Hot 100, which was later broken by Boyz II Men’s “I’ll Make Love to You.”

Houston’s delicate vocals reel you in through the first half of the song before sending you through a powerful and genuinely unforgettable listening experience with her powerhouse vocals.

“Nothing Compares 2 U” by Sinead O’Connor

It’s amazing to note this song was written by the incomparable Prince in the early 1980s. It was picked up in 1989 as a cover by the Irish pop star Sinead O’Connor who rode the coattails of this song to international fame. In the video, the startling face of the stunningly pretty O’Connor perfectly captures the emotion of lost love while battling between the feelings of lost love and pretending that nothing is really wrong.

“How Do I Live” by LeAnn Rhimes

Ms. Rhimes released this song in 1997 on the advice of her father. The song was written by Diane Warren. It details the fear of a woman that is so in love with her partner to the point she wonders how she could ever go on living if that love and partner were suddenly removed.

In the eyes of country music experts and historians, this song has more than a little support as one of the best country love ballads in history. Support for this notion comes in the fact this song remained in the top five on the Billboard Hot 100’s Charts for a then-record 25 weeks, a record the song held for 19 years.

“Can You Feel the Love Tonight” by Elton John

Tim Rice and Music Hall of Fame inductee Elton John write this song in 1994 to be used as the feature song for the hit Disney film “The Lion King.” The song earned Elton one of the many Grammy Awards he has earned through the years. The song passionately describes the power love brings to one’s life when they are willing to accept the love that they will find around them.

“Everything I Do (I Do it for You)” by Bryan Adams

Bryan Adams wrote this song and released it in 1991. It’s interesting to note the song was released simultaneously on two albums, the first being the music soundtrack from the movie “Robin Hood: Prince of Thieves”, and the second being the release of his 6th hit album, “Waking Up the Neighbors.”

This is a very simple love song. The lyrics detail an absolute expression of love someone has for their partner and how everything they do in their life is for the benefit of the relationship. It’s noteworthy that the raspiness of Adam’s voice only serves to add power to the song.

“I’ll Be” by Edwin McCain

In an interview, McCain admits he wrote this song after a very painful breakup. Admittedly, one of the most poignant lyrical sequences in the song was as MeCain put it, “It was the end of a relationship for me, and it was also an admission of my inability to function in a relationship, hence the love suicide line.”

The song was released in 1998. It quickly became a favorite wedding song at receptions throughout the world. The smooth rhythm of the song made it a perfect match for the romantic dance sequence between Hilary Duff and Chad Michael Murray in the movie “A Cinderella Story.”

“Un-Break My Heart” by Toni Braxton

This was another powerful love ballad written by Diana Warren (see “How Do I Live” from above). The incredibly talented Toni Braxton released this song in 1995.

This was not your ordinary breakup love song. It seems to detail the feelings of loss one feels when the person they love actually passes away. Of course, there is no way to Un-Break a heart that has been hurt by death. In an interesting twist, Braxton didn’t want to record this song because she wasn’t interested in doing another breakup song.

“This I Promise You” by N*Sync

While this song was recorded in 1999, it did not see wide release until later in 2000. It features the stunning vocals of N*Sync member Justin Timberlake who has gone on to become a superstar single artist.

The song was written and produced by Richard Marx, who himself had a solid music career singing great love ballads like “Right There Waiting.”

“When A Man Loves A Woman” by Michael Bolton

Bolton was the ultimate 1990s crooner, which becomes very clear as his raspy voice sings about the power of a man’s love for a woman.

The sound was written and released in 1966 by Calvin Lewis and Andrew Wright. While Percy Sledge released a popular version of the song in 1966, it was Bolton who brought the power of the song to life in 1991, pushing the song to #1 on both the Billboard Hot 100 and Billboard Adult Contemporary Singles charts. 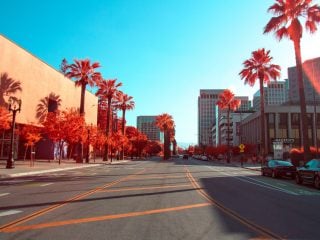 16 Songs About California to Remind You of Waves, Tans and Vibes
← Read Last Post 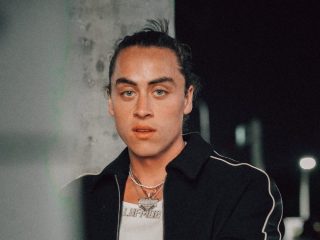 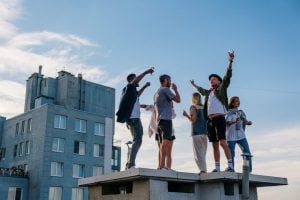