20 Best Songs About Magic and the Supernatural 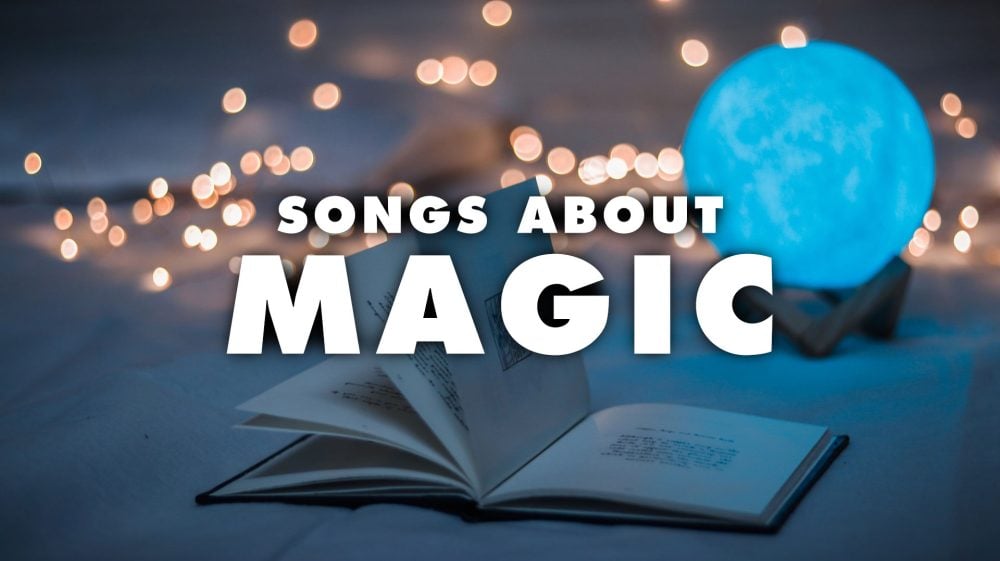 For many people, hearing a great song about magical landscapes and witches’ incantations can feel like a truly supernatural and deeply enjoyable experience. With autumn and Halloween celebrations, it is a great time to familiarize ourselves with some truly exemplary songs from the more mystical side of pop music.

Like a good storybook or a favorite film, a magical song can take you away from all your cares and worries and introduce you to new worlds and new ideas. To add to our recent list of magical tunes, here are just a few more great songs about magic to help you fill your evenings with enchanting music and sparkling emotions.

Here are just a few of the best songs about magic and the supernatural, and why listening to these songs can be an otherworldly adventure in sonic exploration.

1. Nick Drake, “Northern Sky”
Undoubtedly one of Nick Drake’s best and most beautiful songs, “Northern Sky” remains a fan favorite nearly 50 years on from its release. As a songwriter, Nick Drake always had a flair for introducing ethereal and transcendental concepts into his work, and this track features the legendary songwriter at his most mystical and magical.

Over stunning arrangements from legendary Velvet Underground member John Cale, Drake sings, “I’ve never felt magic as crazy as this/I never saw moons, or knew the meaning of the sea/I never held emotion in the palm of my hand/Or felt sweet breezes in the top of a tree.”

2. Fleetwood Mac, “Rhiannon”
If you like your music with a dash of pagan sensibility and druidical enchantment, it’s hard to go wrong with Fleetwood Mac’s standout track “Rhiannon.” Drawn from Mac singer Stevie Nicks’s intense interest in Welsh folklore, “Rhiannon” is the musician’s ode to a magical goddess who flies witchlike across the night sky.

3. The Police, “Every Little Thing She Does Is Magic”
With its gorgeous Lydian harmonies and complex lyrical wordplay, “Every Little Thing She Does Is Magic” is undoubtedly one of the best songs ever recorded by The Police; the tune also surely ranks as one of Sting’s best compositions as a songwriter. Comparing the experience of falling in love to a magical event, the tune livens up any playlist it happens to appear on; indeed, the song still has the power to cast a spell nearly forty years on from its initial release.

4. Led Zeppelin, “Ramble On”
With its references to J.R.R. Tolkien’s “The Lord of the Rings” trilogy, “Ramble On” is one of Led Zeppelin’s finest paeans to the magical side of human existence. At the time of the song’s release, Led Zep frontmen Jimmy Page and Robert Plant were serious fans of high fantasy literature and Celtic mythology; “Ramble On” put these interests at the forefront of the band’s driving music and changed the band’s sound forever. This is Led Zeppelin at their most shamanic.

Simultaneously strange and beautiful to hear, the tune still deserves to be experienced by a wider audience: One of Donovan’s more obscure tracks, the song still tends to be overlooked in favor of the singer’s bigger hits. But musical wayfarers will be delighted to discover Donovan’s mystical side.

7. Kate Bush, “December Will Be Magic Again”
As a songwriter, it’s no secret that Kate Bush has always held a soft spot in her heart for setting mystical subject matter to evocative music. Whether she is embracing the Victorian Gothic aesthetic on “Wuthering Heights” or describing the alchemical experiments of a misunderstood genius in “Cloudbusting,” Bush’s best work always seems to address the wonderful and unknown in life.

And “December Will Be Magic Again” is no exception to this rule: A wonderful display of the singer’s deft songwriting skill and her poetic prowess as a lyricist, the tune is a must-listen for people who long to seek out the magical side of music and of existence.

8. John Martyn, “Fairy Tale Lullaby”
With a career that spanned decades before his passing in 2009, Scottish singer-songwriter John Martyn always seemed interested in the mystical possibilities of British folk music. While his folksy experiments never caught on in the US, Martyn cultivated a reputation as a true “songwriter’s songwriter” in the UK. “Fairy Tale Lullaby” is one of Martyn’s best and most enchanting works; you might expect as much from a song that describes a land of purple seas and dancing pixies. It’s a standout track in Martyn’s extensive corpus and deserves more attention stateside.

9. Richard Thompson, “Beeswing”
Richard Thompson has written scores of beautiful songs over the course of his 50-plus years as a performing artist, but the song “Beeswing” is undoubtedly one of the songwriter’s best works. Full of descriptions of evocative landscapes and compelling characters, the song is an ode to a lost love who opts for a wandering, mystical life over a workaday existence. British folk music about magic doesn’t get much better than this.

10. The Incredible String Band, “Witches Hat”
One of the most fantastical of the songs on this list, “Witches Hat” was an underground sensation when it was first released in the heady days of 1968. Part children’s story and part evocation of British folklore, the song features the dreamlike lines, “If I was a witches hat,/Sitting on her head like a paraffin stove,/I’d fly away and be a bat,/’Cross the air, I would rove.” Truly a surreal ode to the imagination, “Witches Hat” will quickly become a fast favorite of anyone keen to discover the role of traditional folklore in music.

As Cat Stevens songs go, it doesn’t get much more magical than “Moonshadow.” Full of Stevens’s trademark mysticism, delightful approach to melody, and sense of childlike wonder, “Moonshadow” is also one of the singer’s best-loved songs. It’s a perfect tune for foggy autumn nights spent gazing at the sky.

As a group, Heart were undoubtedly one of the best rock outfits of the 1970s. Like other artists of their era, they also knew how to draw on the same kind of mystical energy as bands like Led Zeppelin and King Crimson. This hazy, heady tune from 1975 has to rank as one of the best songs about magic ever written. It’s a delight from start to finish; it also rocks incredibly hard!

One of ELO’s more somber tunes, “Strange Magic” is also one of the band’s best compositions. Here, a “Magical Mystery Tour”-era Beatles melodic sensibility mixes nicely with a prog rock arrangement. If you’re not familiar with the Electric Light Orchestra, “Strange Magic” will serve as a great introduction to this fascinating band.

Drawing on a mystical atmosphere to launch the narrative of “Dark Side of the Moon” in earnest, “Breathe” sees Pink Floyd at their most magical and forward-thinking. The “Mighty Floyd” had always been associated with the burgeoning psychedelic rock movement of 1960s London, but the mental breakdown of band frontman Syd Barrett had left the band in something of a lurch as the 60s drew to a close.

But songs like “Breathe” drew on the band’s experiences with Barrett’s troubles to create a more focused approach to music composition. By then, the magic of early Pink Floyd was still there: However, the band had developed a darker edge and a more cynical worldview. That combination would produce some of the band’s greatest music.

Drawing on the exoticism and mystical imagery of JRR Tolkien’s literary works, “Kashmir”-era Led Zeppelin were a formidable presence on the 1970s British rock scene. The song sees the band ramp up their sense of mysticism to the extreme. Along with the work of bands like Black Sabbath and Blue Cheer, “Kashmir” was also essentially one of the sole forerunners of the heavy metal music genre. Many fans of the group also regard this tune as one of Led Zeppelin’s best compositions. It is certainly one of their most magical songs.

Nick Drake’s approach to music was to a certain extent always rooted in mysticism and symbolism. The three albums that the gifted folk songwriter released during his short lifetime were chock full of references to magical forests and bewitching ocean views. “I Was Made to Love Magic” is a bit of an oddity in Nick’s catalogue of songs: Even if it is a bit schmaltzy with its lush string arrangements and crooning vocal melodies, however, “Magic” is definitely worth checking out.

Written about a mystical experience that occurred on the Solsbury Hill historical site in England, this Peter Gabriel track describes a time of great change in the performer’s personal and professional life. Having just left the successful prog rock act Genesis, Gabriel was preparing to strike out on his own as a solo artist.

The move proved to be successful: “Solsbury Hill” was an instant hit and solidified Gabriel’s position as one of the most innovative performers in rock history. That reputation hasn’t wavered since “Solsbury Hill” topped the charts in 1977. It seems that Peter Gabriel may have been on to something after all!

An eerie rarity by genius songwriter Kate Bush, “Magician” features the artist’s trademark wit and mysticism. The song was originally written to accompany a low-budget film called “The Magician of Lublin”; however, it certainly would have fit in on more experimental Bush albums like “Hounds of Love” and “The Dreaming.”

The song’s status as one of Bush’s lost classics has made it a fan favorite in recent years. It’s definitely worth checking out.

Stevie Nicks’s interest in magic has been a central part of her music career since the 1970s. Both as a solo artist and as a member of Fleetwood Mac, Nicks has earned a reputation as a mystical performer.

The witchy vibes in Nicks’s songwriting are definitely in full effect on this lesser-known solo track; however, don’t let the song’s obscurity fool you: This is one of the singer-songwriter’s most skillful compositions.

The influence of former bandmate and mentor Lindsey Buckingham is very apparent on “Wild Heart”; on the other hand, it is clear that Nicks was by this point moving in her own artistic direction.

A close friend of fellow songwriter Nick Drake, John Martyn wrote “Solid Air” about Drake’s struggles with mental illness and his apprehensions about the music industry. The song draws on Martyn’s mystical approach to life and music; it remains one of the artist’s standout tracks.

If you like your music with a touch of magic, look no further than “Solid Air”: The spacious sonic palette of the song has to be heard to be believed. The song’s lush atmosphere also adds to the mystical nature of Martyn’s mysterious lyrics. 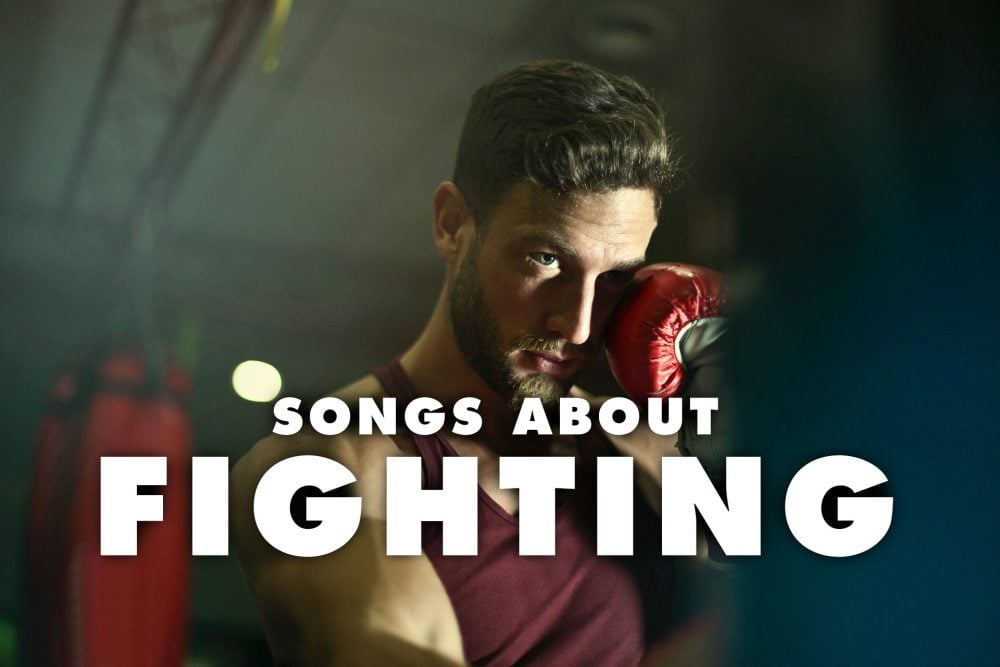 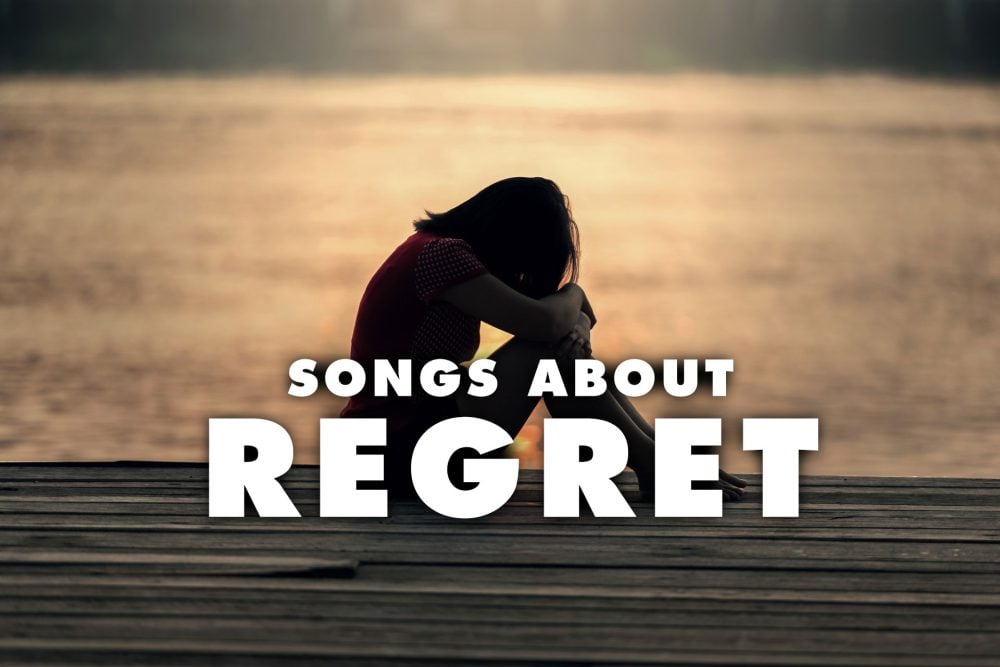 10 Best Songs about Regret and Remorse
Read Next Post →
Comments are closed.