Pink was born Alecia Beth Moore on September 8th, 1979. She began her music career in high school as part of a rock band. The band dissolved shortly after starting and she joined two other girls to form an R&B group called Choice.

She made a few songs there before she attracted the attention of LaFace Records. From there, she would go on to become a mega pop star. Pink has earned multiple accolades for her musical prowess, including three Grammy awards, and the hits show no signs of stopping.

We have compiled a list, in no particular order, of perhaps her ten best songs.

Raise Your Glass is a feel-good song that screams at you to dance. This is a fitting song for Pink. It is a tribute to freedom and individual expression and a rebellion against cookie-cutter personalities.

In this song, Pink urges her audience to be proud of who they are as individuals. I think it sums up Pink in a nutshell.

This is a great albeit simple song that attests to the pains of being in love.

Pink surmises that love may hurt but even after a failed attempt at love and happiness you have to try again and again until you get it right.

In this song, Pink has gotten into an argument with her lover. Instead of feeling sorry for herself, she asserts herself as the strong independent that she is and says, “So What?” She is still who she is and doesn’t need anyone to feel good about herself. Go, Pink!

4. Just Give Me a Reason

Pink’s music shows that she is no stranger to the pains and pitfalls of being in love. She realizes that there are going to be some times that aren’t what you think love should be.

However, you can’t call it quits simply because you hit a rocky patch in the relationship. “Just give me a reason, Just a little bit’s enough…” All she needs is any reason at all to try at the relationship again.

In this song, Pink is clearly in a bad relationship. She likens her partner to medication however, he is not making her condition any better.

In fact, he is toxic to the relationship. She realizes this and wants to get off the “drug” which is her partner.

Don’t Let Me Get Me is a powerful song in which Pink indicates that she is the person in her way.

She has recognized herself as being the main impediment in her life and she feels she has to change who she is in order to be someone successful. It is a song that holds a lot of truth because oftentimes, we are our own worst enemies.

In yet another hit song about toxic relationships, Pink hits the nail on the head in this one. So often in love, we push our loved ones to their boundaries, and sometimes past them.

We push them away even though it isn’t what we really want to do. It is our own selfish desires that keep us in a vicious cycle, swallowing up our loved ones in a whirlwind of anger, rage, and passion.

Pink’s music is not all about relationships.

What About Us is a message to the leaders of the world from the voice of the people, who have been neglected and used by the leaders, big industries, and global corporations.

Pink reiterates her feelings about individualism and being proud of who you are.

This song is a reminder that no matter who you are and what your flaws are, you are still the perfect you. She is not saying not to make changes in your life. She is simply saying be true to yourself.

A representation of Pink’s social consciousness, this song addresses some of the social and political injustices in the world.

It is a reflection of all that she sees wrong in the world today. I also think it is a tribute to a mentor in her life who has passed on and gotten “…out of a world gone mad.” 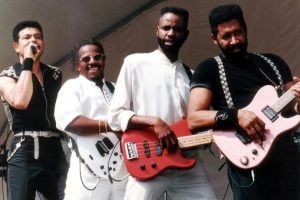