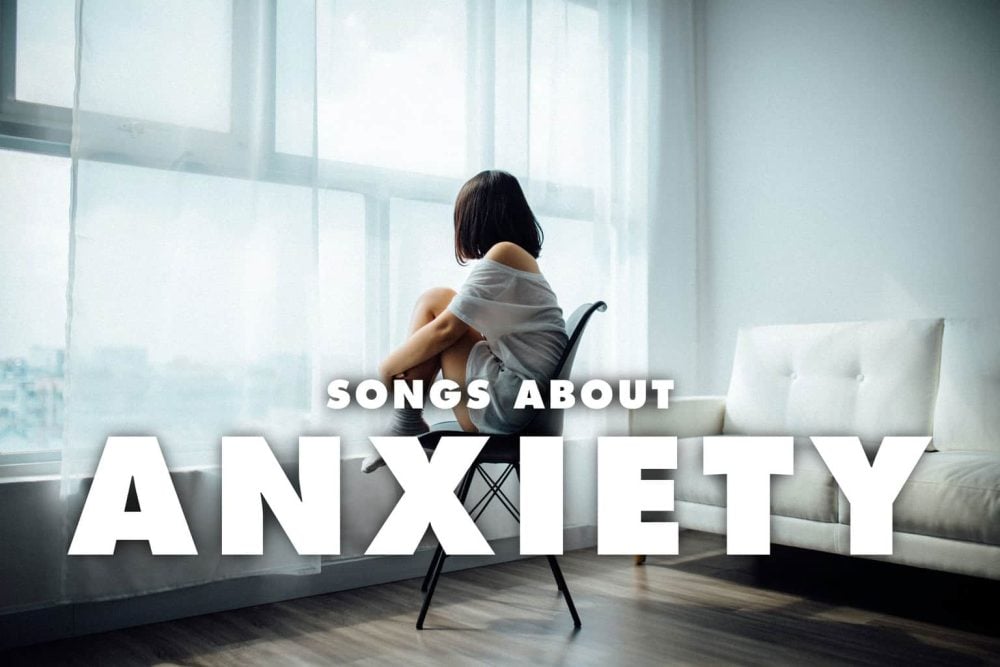 Anxiety is a universal feeling. For those who suffer from extreme anxiety, though, this universal feeling can often feel like it has no real outlet. Fortunately, music’s there as always to provide a bit of commiseration, if not relief. Below are ten of the best songs about living with anxiety.

If you’ve ever had an anxiety attack in public, you’ve probably been told by those around you to breathe. This song from Ariana Grande is an ode to that – to the feeling of being overwhelmed and overdone that leads to being able to focus on nothing more than your breath.

The song also tackles the complexities of life that lead to feeling overwhelmed, especially the feeling that just having one thing go right can at least temporarily soothe all of your problems.

Help by The Beatles

Help is an iconic song by an iconic band, but it’s also a song that’s very easy to read as being about feelings of anxiety. The feeling of helplessness and the resulting gratitude felt by many when someone notices are on display in this song, with the catchy lyrics hiding a lot of pain.

Even Paul McCartney has gone so far as to confirm that the lyrics are based on real-life, giving listeners a look into the emotions behind the song.

Ever feel like fear and anxiety are following you, closing in and no one seems to notice or care? Hamish Anderson wrote his song Trouble about this feeling which many people with anxiety experience.

In our interview with the Arkells frontman Max Kerman we asked them the inspiration for their single “American Screams.” It was based on the anxiety they saw they saw touring around the country, “We drive around the US a lot and we saw all these apocalyptic billboards about God and the end of the world.” With lyrics like this, it’s a testament to a land filled with deep anxiety.

If you’ve ever spent a sleepless night wandering around town because your brain just wouldn’t stop working, Overkill will speak to you. This song by Colin Hay is probably best known for being featured in an episode of Scrubs, but it’s an incredibly relatable song for anyone who has ever spent too much time thinking too hard about things that might not deserve quite so much brainpower.

Waving Through a Window from Dear Evan Hansen

Dear Evan Hansen is one of those musicals that replicates a certain type of high school anxiety that’s almost too hard to watch for those who have been there. Waving Through a Window is one of the most real songs about social anxiety, featuring not only the stress that comes with feeling invisible but also the longing that accompanies being outside the spotlight. While you won’t hear it on the radio, this song will definitely speak to those who feel anxious in group situations.

Plenty of Linkin Park’s lyrics are about depression and anxiety, but few of them are as visceral as crawling. With its evocative lyrics, it nails the feeling of uncomfortableness that many have in their own skins, with the pain of anxiety creating a constant wound that never seems to go away.

Driven and angry, it’s also a song about anxiety that’s less about mourning a lack of normal functionality and more about raging against the feelings themselves.

Green Day has a number of songs in their catalog about feeling depressed or otherwise unwell and Basketcase is among the best of the bunch. It makes use of a simple musical structure to take listeners through a whirlwind ride through the singer’s anxiety – moving from wondering if he’s overstepping by sharing to detailing all the failed attempts he’s made to manage his anxiety. If you’ve ever tried to go through self-help steps to get past your anxious feelings, you’ll probably find something with which you can identify here.

Matchbox 20’s catalog isn’t exactly full of songs about mental health, but Unwell is a rare exception that talks about feeling a little bit unwell. The feeling of being unable to sleep, of being on the road to a breakdown even though you just can’t quite say why – these are common among those who deal with anxiety and echoed well in the song.

The song even touches a bit on the paranoia that comes with feeling not quite right, with the lyrics about even strangers on the train knowing that you’re just not at your best.

The World at Large by Modest Mouse

With thoughts so loud that they overwhelm speech, Modest Mouse’s song about anxiety is all about the problems that come from getting stuck in a loop. Instead of making constructive changes, the singer is stuck in a pattern of starting over that is supported by intrusive thoughts and an inability to break out.

Though this can certainly be applied to depression as well, the lyrics of this song should ring true to anyone who has ever failed to move forward with their lives due to anxiety.

While Paranoid is definitely a track that focuses on paranoia, it’s also one that hits the nail on the head about anxiety. Thinking about things all day that never quite make life better?

Feeling insane if you can’t find a way to stop that intrusive thought? Those are key parts of the anxiety experience, put to the kind of driving background guitar that really makes the listener feel like he or she is skidding out of control. This classic song is about a lot of things, but it certainly feels like it was made to talk about anxiety.

A heart beating out of control and a protagonist that feels like any misstep will send an angry horde down on the classic symptoms of anxiety that are the core of Metric’s song.

Help I’m Alive is all about the racing heart of a person who is dealing with a type of anxiety that has spiraled out of control, leaving the listener to identify with the physical symptoms that are so common among those who suffer from severe anxiety. 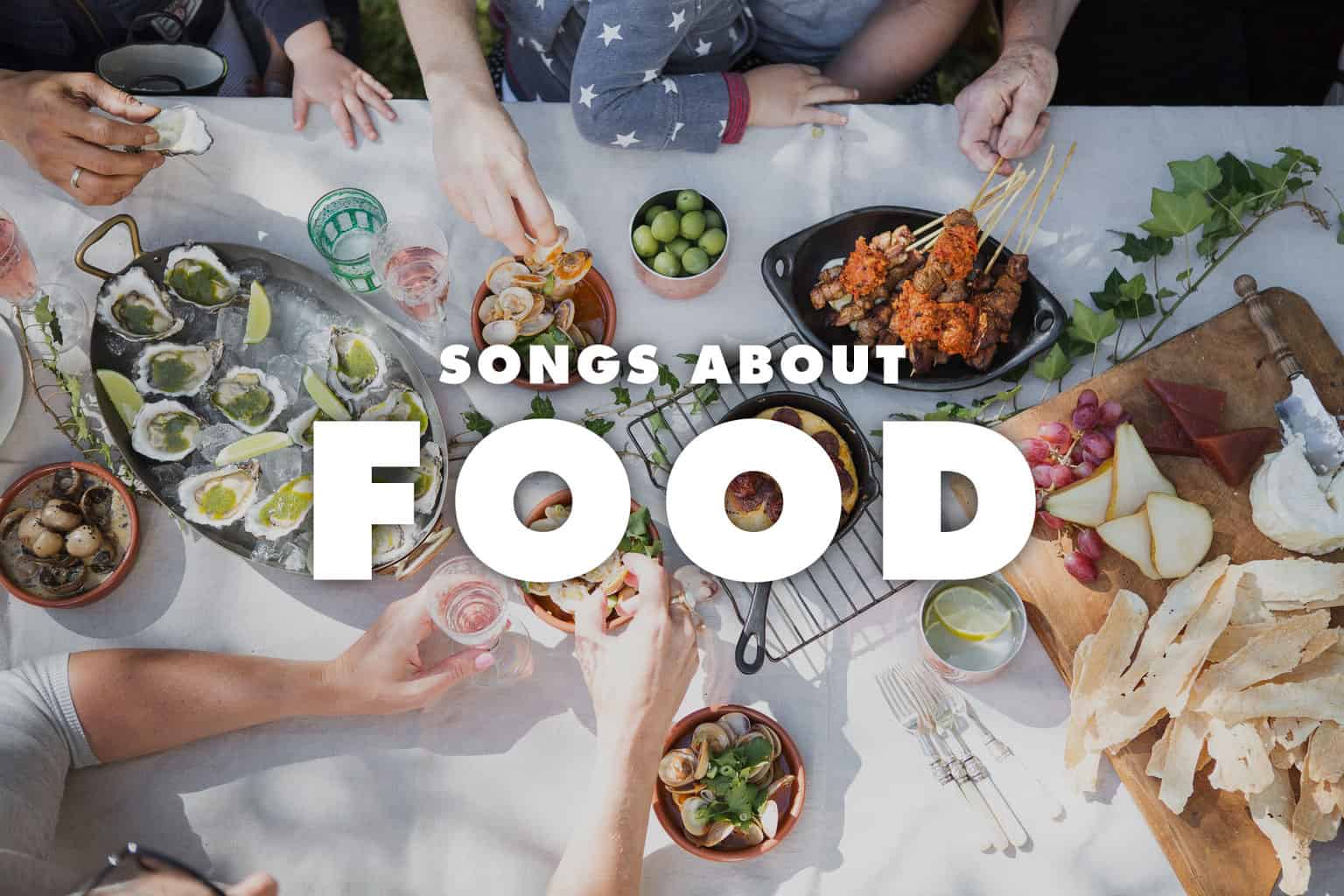 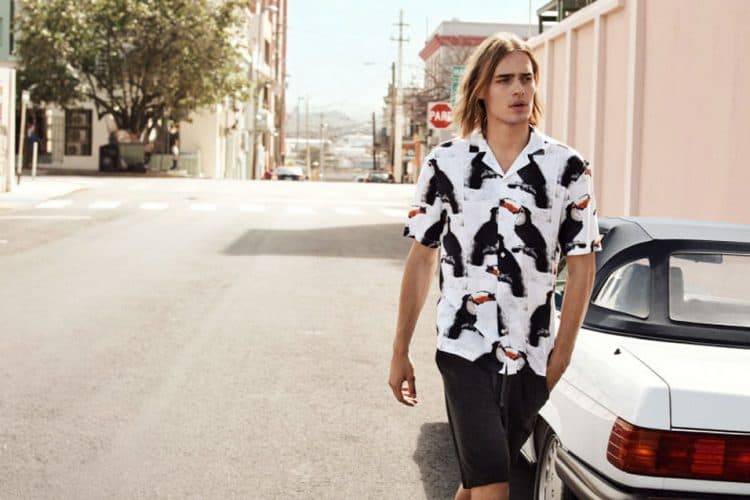