20 Songs About Missing Somebody 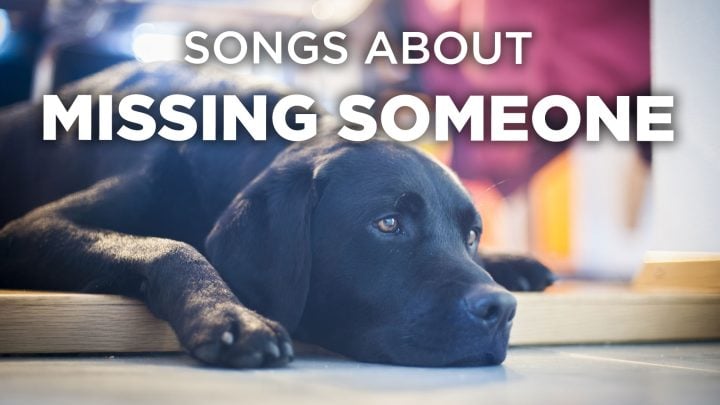 Some songs have an impact on the lives of people in profound ways. Many of those types of songs become anthems used to heal relationships or fall in love all over again. A song that pulls at the heartstrings often brings a smile to someone’s face and sometimes the necessary tears. When it comes to songs about missing someone, those same songs can give hope to get through another day without the person.

Take a look at these songs that I’ve put together to see which ones come to mind when the feeling of missing someone is overwhelming.

“I Will Always Love You” by Whitney Houston

“I Will Always Love You” is arguably the most iconic love song of all-time. It is an intense and passionate song that can bring out the deep love someone has while also delivering hope for anyone else that is missing someone.

This song brings a person to their most vulnerable state, which cannot be denied.

“Thinkin Bout You” by Frank Ocean

The title pretty much says it all. When it comes to nostalgia and missing someone, “Thinkin Bout You” is the go-to remedy song. It can get a person dancing in their living room or have them singing out loud while driving down the highway.

Named the fourth-best song of 2012 by Rolling Stone, there’s no sadness. There’s only appreciation and gratitude for having a deep affection for another human being.

“I Don’t Want to Miss a Thing” by Aerosmith

This classic song stands the test of time. It can help mend a broken heart or bring hope to a discouraging moment when missing someone. The beginning lyrics set the stage for an incredible journey of nostalgia.

“While you’re far away and dreaming, I could spend my life in this sweet surrender” are lyrics that anyone who’s missing someone can relate to and want that person to be by their side at that very moment.

“I Want to Know What Love Is” by Foreigner

A song that makes a person remember the good times of a relationship can often be a song that also provides a teachable moment.

This song plays right into that concept and puts the listener in an open-minded and hopeful mindset, which makes missing someone almost unbearable.

“I Want to Know What Love Is” has genuine lyrics that say the person who is being missed can also teach a thing or two about how to love.

Adele takes missing someone to an even deeper level. It hurts to miss someone special. But when it’s a breakup, the pain is heavy and sometimes too much to bear.

“Someone Like You” puts the breakup in the right perspective for moving on even though the memories are still on the heart. While moving on is difficult, and the pain of missing someone is enormous, wishing them well helps to lift the burden of needing things to be any different than they are.

“Nothing Compares 2 U” by Sinead O’Conner

This song is a tearjerker. Nothing Compares 2 U tells the exact time by hours and days (it’s been seven hours and 15 days) of missing the person.

There’s simply no denying there isn’t anything that can take away the pain – except for giving the relationship another try. There is a glimmer of hope. Whoever is being missed has a welcome place back into their life.

“Let Me Know” By Aaliyah

Perhaps it’s a crush or a hidden love affair. “Let Me Know” provides sincere dialogue that simplifies the pain of not having the other person around.

It’s a song that welcomes open-heartedness without being afraid of the outcome. Listening to this song offers anyone a hopeful message that things don’t need to be the way they are.

“Fix You” by Coldplay

Sometimes getting through the night can be the hardest part when missing someone. “Fix You” puts the mellowness in a person’s heart and offers a peaceful opportunity to take a moment and reflect while the memories of the person wash over every emotion.

The lyrics glide listeners into a deep understanding of valuing another human being and ignites the passion to elevate a relationship to a higher level.

“See You Again” by Wiz Khalifa and Charlie Puth

From long-lost friends to failed relationships, “See You Again” goes deep to send a message of love, honor and respect for the time spent together.

There’s no other way to get around the intense emotions felt while listening to this song. It almost makes missing someone worth the uneasiness that is being expressed so eloquently.

“Dancing With a Stranger” by Sam Smith

There are fewer things harder than having ongoing memories of a person after a breakup while also beginning a brand-new relationship. Sam presents this type of entanglement softly and kindly and allows the person to honor those conflicting feelings.

“Dancing With a Stranger” provides an outlet for the contrasting emotions and memories that someone may still need to work through before moving on.

“Back to December” by Taylor Swift

In this song from her “Speak Now” album, Taylor Swift laments the end of relationship that she blames herself for causing. Like many of Swift’s song, this tune is based on a real-life relationship. Taylor Lautner is the alleged subject of the song and Swift claims that she didn’t try hard enough at the relationship, despite how sweet Lautner was to her. Since Swift is in the midst of re-issuing all of her previously recorded albums, it will be interesting to see her new take on “Back to December.”

Addressing a previous lover in “Hello”, Adele attempts to reach out over the phone to apologize for how she treated this person. She finds out they have married and have a family, but continues to say that she’s sorry for breaking their heart. Despite her efforts, Adele doesn’t believe this person would come back to her. “Hello” was the anthem of 2016 and received widespread media attention, even getting a parody on Saturday Night Live.

“It Must Have Been Love” by Roxette

This 80s pop anthem is the perfect breakup ballad. Featured in Pretty Woman after Julia Roberts’ and Richard Gere’s characters end their love affair, this song encapsulates breakups with two simple lines; “it must have been love. But it’s over now.” Throughout the verses, the lead singer complains of how she misses laying next to her partner and what their relationship could have been.

If you’ve ever tuned into an adult contemporary station, you’ve heard this tune from crooner Michael Bublé. Even if you haven’t, country singer Blake Shelton also has his own cover version that plays with some frequency as well. In this song, Bublé sings of how despite being in enviable locations like Paris, he still misses his lover at home.

Possibly one of the saddest songs on this list, “Heartbreak Anniversary”, Giveon is singing of a lost love. Lines like “why you walked out of my life?” and probably the saddest, “do you ever think of me?” Giveon begs his former love to explain what happened and their reasoning for leaving the relationship. It is safe to presume that “Heartbreak Anniversary” means the anniversary of their breakup. Tik Tok helped this song reach the top of the charts and it doesn’t look like it’ll drop its position anytime soon.

The breakup song of 2021, Olivia Rodrigo released a deeply personal track about getting her drivers license and driving past a former boyfriend’s house. It is unclear the guy she is addressing, but the “blonde” she discusses is suspected to be actress and singer Sabrina Carpenter. Known for impressive vocal riffs and this gorgeous sort of wailing, “drivers license” isn’t going anywhere.

With the line “Sometimes all I think about is you”, the English band describes a passionate summer love affair. The lead singer then concedes that he “can’t make you happier now”, implying that the love was over with and that he cannot come back and have a second chance. This groovy tune has made its rounds on Tik Tok, much like the previously mentioned “Heartbreak Anniversary.”

Probably one of the songs with the most obvious theme, “I Miss You” by Blink-182 is the ultimate emo breakup song. The line “don’t waste your time on me, you’re already the voice inside my head” is perfect for belting after getting dumped. The singer grapples with whether or not to call his former love and how the indecision is killing him. Typically played on adult alternative stations, any true emo rock fan will know this ballad.

Unless you’ve never listened to adult mix stations in the early 2000s and 2010s, there’s no way that you’ve never heard this song. The song lyrics “Hey there Delilah, what’s it like in New York City, I’m a thousand miles away” imply that the narrator and his love interest are on different sides of the country. After this song came out, the lead singer confirmed that it was about his current girlfriend who was attending school in New York and how much he missed her. Unfortunately, it doesn’t appear that the relationship worked out.

“Dancing With Your Ghost” by Sasha Sloan

As far as songs about missing someone goes, this song may take the cake. With the poignant lyric “baby, why’d you go away” Sasha Sloan begs her former love to explain to her how she is supposed to move on while she is still missing them. When she plays old songs that they used to listen to, Sloan describes it as “dancing with their ghost.” 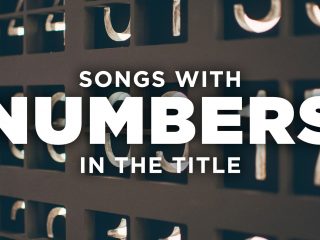 30 Best Songs with Numbers in the Title
← Read Last Post 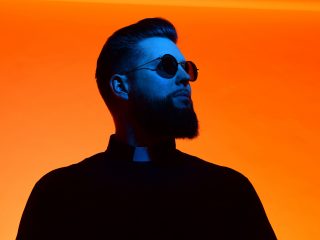