20 Best Songs with Numbers in the Title 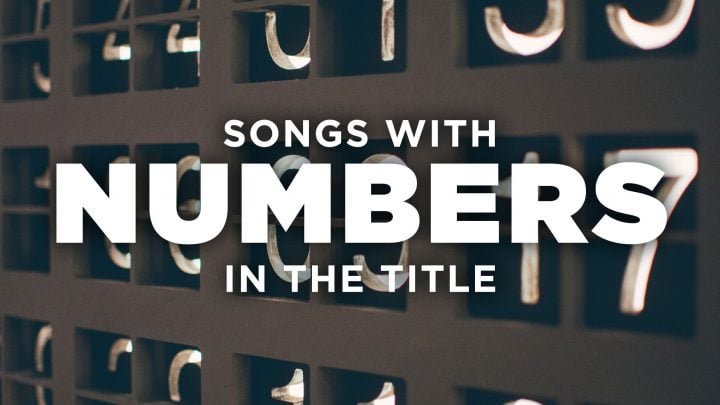 There are surprisingly plenty of songs that feature numbers in their titles. You don’t have to be a music geek to want to see this list. Once you start checking out these songs, you’ll be looking for more. So, let’s dive right in and see which popular songs with numbers in the titles.

This song is a perfect example of geeky songwriting. The title got its inspiration from a book written by Malcolm Gladwell which is about a person requiring 10,000 hours to master his craft. Dan + Shay and Justin Bieber make a romantic melody out of this concept with this catchy song that gets stuck in your brain.

The title of this song was inspired by the 20-year history the band has in performing. Chad Gilbert, the lead guitarist said it represents all they have learned. The band wanted this song to inspire people to live with freedom instead of getting caught up in ego, pride, arguments, and worries. It is a sweet melody with some words of wisdom.

Lots of people love this song because it is written by two of pop’s most popular artists, Madonna and Justin Timberlake. Madonna reported she enjoyed working with Justin, and that before the song was written, the two would have conversations about their lives, relationships, and social issues. The title of the song represents the 4-minute mark of the length of the song ending it with a very exciting build-up that abruptly gets cut off.

This song’s original version is by the King of the Mambo, Perez Prado, but it was popularized by Lou Bega with revised lyrics. Lou said that he envisioned the song becoming a sexy and energetic hit and that his mission was to have fun and make people do a happy dance. All the women he mentioned in the song were supposedly his ex-girlfriends. It certainly became a popular party anthem!

“Eight Days a Week” by The Beatles

This 1964 hit is by far one of the most famous songs on this list, well of it’s The Beatles! Apparently, Ringo invented the phrase “eight days a week” and all the band members knew it would become a great song. According to John Lennon, the song was difficult to record and that it wasn’t that good. However, pop charts still prove differently to this day.

“Nine in the Afternoon” by Panic! At the Disco

This high-beat song gets stuck in your head very quickly, and that was the whole point the band intended. Ryan Ross, the guitarist said they were looking to write a song that covered the last few years and all the positive things that occurred. The lyrics talk about the band, the old melodies that inspired them, and the criticism they got after changing their style from a pop-punk band.

Lukas Forchhammer, the lead vocalist for the band said that the song was inspired by all the difficult times they had in life and who he wants to transform into in the future. It was mainly about wanting to become a good father. He described his father as being a “cool dad” and that he wants to become like pops. It has a slow melody that has great instrumental elements that make it a great tune.

“Six Feet Under” by The Weeknd

The song has a dark side to it, probably what you would expect from a title like this. “Six Feet Under” doesn’t refer to a funeral, in this case, it is actually about a prostitute that ruthlessly cares about the money without one bit of concern for her clients. It is a sad melody and it describes this woman who struggles between finding her dream of being rich and upholding the moral expectations of society.

This song is as much controversial as Britney Spears. It is about a sexual act that involves three people. People are very surprised by what the lyrics really mean. Provocative themes that revolve around sex prove to be big hits, and this song is no exception. It made it to the first one-digit song of the Hot 100 list.

“Three Times a Lady” by Commodores

Written by Lionel Richie, this American soul song was written for the Commodores’ album Natural High. It became the band’s Billboard Hot 100 number-one hit. The song made history by becoming the only Motown song to make it to the top 10 on the US Billboard Hot 100 in 1978. The song took the band to the next level and is still a romantic ballad.

The song is the title track to Jay-Z’s new LP. It was an apologetic song to his wife Beyoncé that discussed his infidelity and their marital troubles and his side of the story. The first lyrics say “I apologize/Often womanized/Took for my child to be born to see through a woman’s eyes.” For the rest of the song, he continues to name all his regrets and ask for her forgiveness. It is an eight-minute song with different dramatic clips featuring various artists.

British-Irish girl group, The Saturdays released this song as the lead single from their album, Living for the Weekend. It was a global hit, making the UK Singles Chart at number seven. The whole concept is how exciting the anticipation is of seeing someone again after missing them for 30 days. Its echoing beats filled dance floors and the chorus makes you want to sing along.

The meaning behind this song is a mystery. It didn’t become such a popular hit compared to his other songs and he ended up only playing it four times in concert. Comments about his song are scarce probably because of the religious notion of animals coming in two as told in Christian stories. Nonetheless, it became a liked song by many.

“One in a Million” by Hilary Duff

This a breakup song in Hilary Duff’s album Breathe In. Breathe Out. It is about a guy that wasn’t treating the girl right. After a long absence from music, this album was the comeback project for Hillary. Other songs on the album became much more popular, but “One in a Million” remains to be a catchy dance hit.

This classic hit takes us back to 1987’s rock hits. It was written by Sandy Stewart, who recorded and turned in a demo to band member Stevie Nicks. The lead vocals were performed by Stevie Nicks where she sings about a love affair of her past. The song made it to #19 on the US Billboard’s Hot 100 list that same year.

This song by Canadian rapper Drake, debut in his 2018 album, Scorpion making it to the top 20 in Canada and the Czech Republic. It also became #19 on the Billboard Canadian Hot 100 and it stayed in the top 100 for almost one year. He talks about male critics and his popularity among women. He addresses some artists that have dissed his work, making this a bit of a vengeance song.

This was the first duet for the band featuring co-lead vocals. Tim McGraw’s tour manager suggested the collaboration and it turned out to be a success. Some of the music video clips were used for NBA promo clips, which were played before basketball games.

“I Would Die 4 U” by Prince and The Revolution

A super hit from their album Purple Rain. This upbeat dance song was the top 10 hit, reaching number eight on the Billboard Hot 100. The song represents the message that Jesus proclaimed to his followers “I’m your messiah and you’re the reason why.” It became one of the most popular songs of all time.

This song is about the sadness of a relationship that turned sour.
She expresses her fear of losing the person she loves. According to the Journal of Positive Psychology, it takes 90 days to overcome a breakup. This emotionally-charged pop ballad talks about the challenges of life on the road for an artist.

This song came from a very sad period of James Morisson’s life, the death of this father. For six weeks after his death, he closed himself off to the world, secluded dealing with his pain. Fortunately, he came out of his depression, and out with him came this beautiful, but sad song. 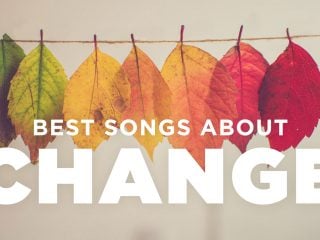 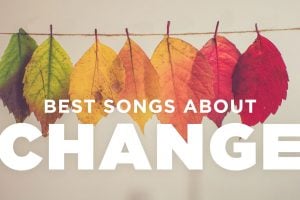 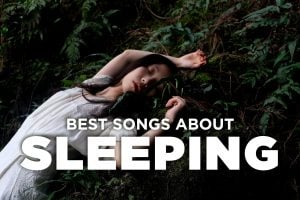 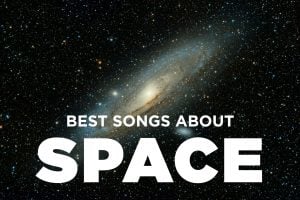 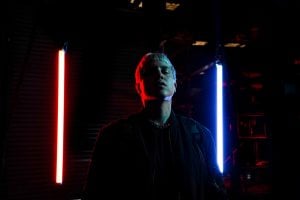 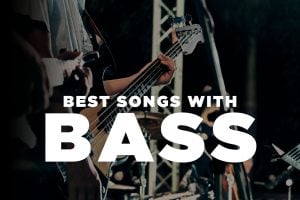 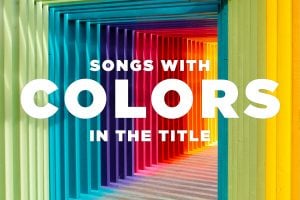