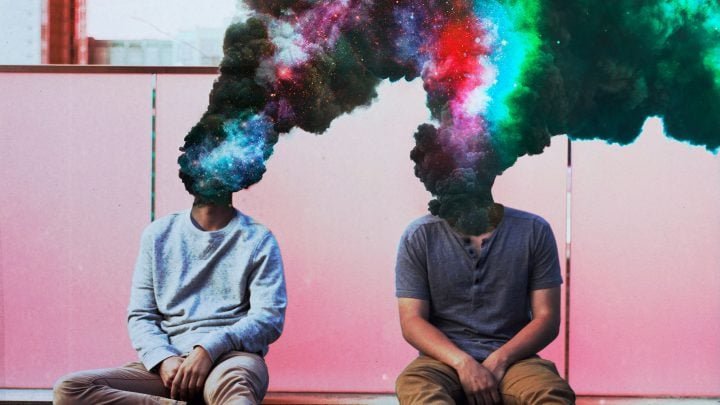 Going viral still proves its viability in establishing an act’s career, as Syence’s “a little bit bored” showed last year. The duo’s track – a collaboration with German singer-songwriter Ruuth, who previously cowrote BTS song “Life Goes On” – amassed 21 million streams on Triller after it debuted in December 2020. As a result of this popularity, the track reached No. 3 on the Billboard Triller chart, and NYX Cosmetics decided to feature it in their digital pop-up shop campaign.

Rather than see Syence quickly fade into obscurity, label HITCO capitalized it, adding Syence to their roster of artists. From here, “a little bit bored” received a second, perhaps more official release, through HITCO on February 19.

Syence consists of members Zach and Brayden, who bonded – where else? – in a college science class over their love of live music and production. Their defined “bass pop” sound transcends both EDM and mainstream hitmaker trends, blending in upbeat melodies with darker, more bass-driven elements.

Gaining attention for “We Won’t Leave You,” which ended up on Spotify’s Viral Top 50 playlist, they’ve had the opportunity to perform with Cash Cash, Arty, the Bingo Players, and Gryffin, appear at the Snowglobe Music Festival, and have their music further be heard on Netflix and MTV and in advertisements for Toyota and Google. To date, their efforts have resulted in over 50 million streams across multiple digital platforms.

“a little bit bored” came together after Ruuth and group Quarterhead passed along an original demo. After listening to it, Syence decided to create their own production around Ruuth’s vocal line. We had a chance to speak with them about this track and their rapidly rising career:

Tell us about your background: How did you both start making music?

Brayden: I initially started playing trombone way back in third grade but hated it after a few years. I tried picking up guitar as well but couldn’t get into it enough. Eventually that game Rock Band came out, which was similar to Guitar Hero but with more instruments, and I became obsessed with playing drums.

I eventually got my own drum set and joined a band with my brother and two friends, and that’s when I got hooked on live performance. In college, I couldn’t bring my drums, so I found DJing to get my live performance fix in, and then started learning music production from Zach, and the rest is history.

Zach: I have always loved everything about music. I started learning guitar back in middle school and joined a couple of different bands playing the bass. I actually kinda lost motivation to continue learning instruments for a few years until around 2011, when I discovered music production on the computer.

From the moment I made my first crappy song ‘til now, I’ve been absolutely obsessed with making songs. In college studying aerospace engineering, I had a lot of technical things going on in my life, and I think that helped get us to a really high standard and quality of our music to date.

You two began working together in college: What drew you to start producing together?

We met in a science class initially and found out we both loved Blink 182, so we tried making Blink 182-style music in Ableton which was…interesting, haha. As Brayden started DJing more, Zach started learning music production, and eventually we both discovered electronic music.

We were already having fun making music together, so we decided to start going down an electronic route as well as electronic music DJing/performances. After a Zedd set at Coachella, we decided that we should really pursue this and find a way to make a living out of it.

You’re considered an EDM-pop crossover act. How would you describe your sound? What genre do you think you fall into?

We like to call it “bass pop” because we like to use pop-style vocals and arrangement with our signature bass sounds and concepts that make it stand out from your typical pop tracks. Others might categorize us as electro pop or dance pop, which works, but we’re really aiming to make our own sound/genre, so bass pop feels most accurate in our minds.

When you’re putting together a track, what’s your process for songwriting, producing, and selecting other artists to work with?

It’s different every time, and there’s no one way to do it. Our favorite and most successful approach is finding a good vocal to produce around, because that typically inspires us most and gets our creative juices flowing. Our team is constantly looking for available vocals that fit our style and resonate with us, so that we can continue building up a catalog of music to release to our fans.

We’ve also been to writing camps and come up with vocals in studio sessions and stuff along those lines, so that’s our second-favorite option, especially post-Covid when that’s easier to coordinate.

On the subject of collaborations, your track “a little bit bored” features singer Ruuth. How did you end up working with her?

It was part of our usual approach! We had been reaching out trying to find new vocals to work on and got in touch with her manager, Pablo. He sent over some available vocals and that one immediately stood out to us as the one we needed to have. Once we got our hands on it, the track was wrapped up almost immediately, because we were so inspired by Ruuth’s topline.

Tell us about “a little bit bored”: What was your concept or idea for creating this track?

Our goal with “a little bit bored” was to create the best version of “bass pop” we could to really compliment her vocal and let it shine through while still feeling like a Syence track.

Our main focus was ensuring the chorus and drop wowed the audience, since those points in the track felt so strong, even before production took place. Once we crafted up the bass elements, the rest of it all came together quite easily.

Since the end of last year, “a little bit bored” has found a degree of success. How has this helped your career so far?

It’s opened a ton of doors for us. We are working with one of the best labels possible, HITCO, and that experience has been incredible not only for the song but for our project as a whole. This song along with our unreleased music also led to us signing with Paradigm Talent, which has been our dream agency since day one.

The partnership with Triller on this song has also been so awesome, and we love working with their team and audience. I’m sure we’re forgetting a ton of other great opportunities that have come up recently, but those three really stand out when it comes to this track.

You were also signed to HITCO after the song’s success. What should we expect from you as a follow up?

More bass pop! We are sitting on so much unreleased music that we’re so proud of, and it’s only a matter of time now ‘til the next release. We’re really hoping to tell an amazing story with each release, so we may need to be patient, but we promise so much more music is coming.

Your career, to some extent, has just started. Where would you like to go as artists and producers?

Since day one, we’ve wanted to be international, touring artists pushing the limits of success both from a show and music perspective. We have aspirations to play every major festival, go on international stadium tours, get nominated for a Grammy or two, and really anything else you can imagine when it comes to musical success.

But beyond accolades, we want more than anything to create timeless music that impacts people’s lives in a positive way. It’d be amazing to have fans 20 years from now still jamming to our music and having songs remind them of memories from their past. That’s what we’ve found to love in our favorite artists, so to do the same for others would be incredible!

10 Songs With Blue in the Title
← Read Last Post 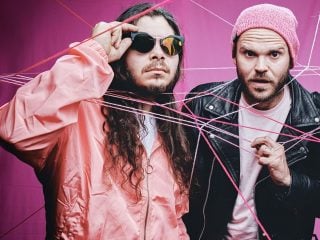