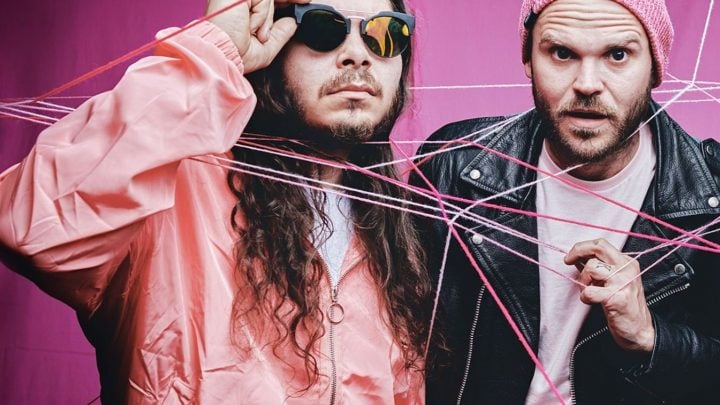 We expect artists to fit into clearly defined boxes – hip-hop, rock, pop, or dance. More and more, however, those boundaries are being blurred. Characteristic elements flow from one genre to the next, extending a bridge that allows disparate sounds to converge at a midpoint. The result pulls from neither side but instead exists as its own entity, and that’s perhaps the best way to describe Maryland-based duo Pink Elefants.

Composed of members Finch and Illeven, Pink Elefants’ influences read like a personal playlist: touches of hip-hop and dance merge with a bouncy Top 40 pop beat, and all get pulled together through low-fi, do-it-yourself alternative production. The result is a trippy yet evolving mélange that aptly reflects their namesake’s allusion – the “Pink Elephants on Parade” sequence from 1941’s Dumbo.

Pink Elefants made their official debut in 2019 and have steadily been releasing new music since, including their latest single “Sound of Violence.” The atmospheric, almost dreamy track plays toward their pop side while seeming like a gossamer shroud that, exposed through the lyrics, covers the world’s darker, more corrupt aspects.

With the video for “Sound of Violence” recently dropping, we had a chance to speak with Pink Elefants about the track and their genre-blending approach.

How did you two get involved in making music?

We’ve actually known each other since kindergarten! We performed together for the first time when we were very young. We reconnected again when we were in our late teens/early 20s, started writing music together, and have done so ever since!

How did you end up working together as Pink Elefants?

We were both playing in a band called Megosh. It was going really well with the band, but we wanted to switch it up, as Megosh was mainly a rock ground. Finch and myself [Illeven] had a lot of songwriting capability within us, and we decided to see where shooting for the stars would take us.

How did the transition from Megosh into Pink Elefants happen?

It actually happened in the studio while we were recording a Megosh album that will now probably never be released. The producer we were working with sat us down and basically said, “You guys have a lot of talent. You could shoot for the highest level in the metal world and still tour in a van…or you could shoot to be a band that tours in jets.”

We had never really considered that a possibility. We were already writing and composing pop songs, but it was just for fun at the time. We have nothing against the metal bands of the world that tour like that — they rule at what they do — but they aren’t on mainstream radio and that’s where we really want to be.

About your band name: What made you want to name yourselves after the pink elephant sequence in Dumbo?

Um, I guess we can’t really say how exactly it happened…let’s just say this: remember how Dumbo “saw” those pink elephants? Remember why he saw them? Well, it was something like that. I [Illeven] was “under the influence,” and Finch had shown me that scene to catch my reaction. I looked up and was like “what an amazing band name!”

For the record, nothing I’m referring to above was too crazy. I just like to leave out exact details as I [Illeven] am a very different person now. It’s not something we necessarily stand for or promote, especially now we’ve built up a fanbase [our Elefam] with some fans who have struggled with a history of substance abuse.

We also like to reference the fact that the elephants in that Dumbo scene take many different shapes and forms, and that’s very much reflected in our music. We love rap, metal, pop, jazz, trance, Motown…and all of that bleeds through into our art and sound.

You can tell there are hints of all of those genre ingredients throughout our music, spicing and flavoring our sound. Just like those shifting pachyderms, we take all shapes and sizes within our sound.

Your sound, heard on your upcoming single, combines a mix of hip-hop, pop, and alternative rock. What would you describe your sound as?

If we had to categorize it, we would say pop. The base sounds we use tend to be modern pop or Top 40-leaning…we just add a twist to it.

How do you go about creating a track?

It usually just starts with one of us saying to the other, “Hey, check out this idea” and then we build together from there.

Tell us about “Sound of Violence.” What was your concept for creating this song?

The song is a very unique track. It’s very shifting and trippy, so we actually kinda took further influence from that aforementioned Dumbo scene. We really like the idea of being yourself no matter how weird or what shape you take, so that’s what the song is saying sonically. Lyrically, the song has a whole different meaning about uncovering truths and choosing between right and wrong.

What do you have planned as a follow up?

Our next release is a single called “Sinderella.” It’s going to be awesome. We can’t say much more about that one yet but will soon!

While you have only been around as the band Pink Elefants since 2019, do you expect to release an album in the near future?

Yes! We are actually working on three different records at the moment. The main traditional album and then two sub-albums: a mixtape and a straight rap album with one long song that explores the journey through the nine layers of hell. It’s bar after bar of beats and rhythms, with different beats layered within. It flows into each other, and I move deeper and deeper through the song — it’s my attempt at the longest set of bars ever! I’ll let you know if I’m any closer to the world record, haha!

For now, you can actually follow the album in increments on our TikTok: @Pink_Elefants 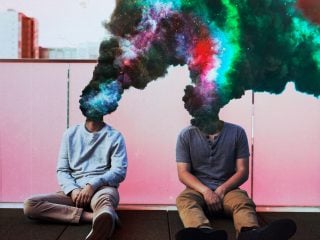 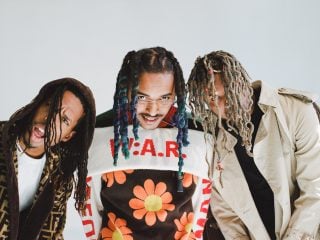