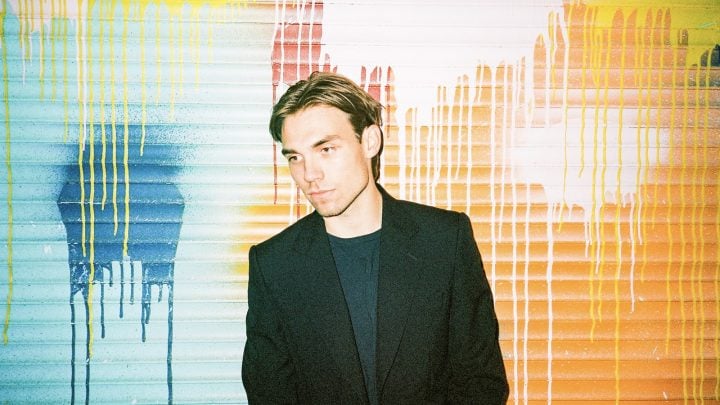 It used to be, if you wanted to make music, you’d have to go out and find other band members, practice and write songs together, and start gigging to get some visibility and fans.

While that methods hasn’t died (and platforms like YouTube and Soundcloud provide an alternative method for getting your music heard), the singer-songwriter-producer ultimately cuts others – and the period of gelling together musically – out of the equation.

Swedish producer Bontruce has been taking this path, garnering attention recently with debut single “Salvation.” As is the case with most electronic dance music careers, he put his name out there with a remix – in this case, Kane Brown’s “Be Like That,” featuring Swae Lee and Khalid.

Bontruce describes himself as a studio nerd, but that love of gear and software ties together all the elements that bring a track together. On “Salvation,” that’s his hauntingly deep baritone vocals, composition skills keeping everything together, and inspiration from the natural world that he brings into his works.

“Salvation” dropped back in November and is already getting a fair amount of attention, with many in the electronic dance community wondering what Bontruce’s going to do next. We had a chance to speak with him about this track and his background:

Tell us about your debut traffic “Salvation.” What did you envision when writing and producing this song?

The foundation was created really fast, so I can’t really say that I envisioned anything when writing it.

It was just a vibe. With the production, I had listened to a lot of ‘90s house, and I wanted to do something with the piano-style house.

How did “Salvation” come together?

It started off with me and Tom wanting to write something new and fresh. The track actually didn’t sound at all like “Salvation.” Tom went to the microphone and sang some gibberish.

I then started playing around with it until we actually cut up the takes and shifted them around until we got something interesting. The lyrics were also written at that same time.

From that first session, we had a rough demo, the concept. Then, we started to build on it. It started with an idea and turned into something completely different.

You do everything – composing, producing, and writing. What’s your process for putting together music?

It’s really different from song to song. But, I kinda work in steps. First, I have a period where I make a lot of demos. Then, I choose between these records, and the ones that stands out I go in and polish them until I feel it’s done.

As a studio nerd, what are your favorite pieces of gear?

I work with a really simple setup. My computer is the most important tool (Macbook Pro and PC computer). The software I use Is Ableton. I know all the ins and outs, so it’s very hard for me to move away from Ableton.

I tried Logic for a while, but It really didn’t do it for me. I like to work fast, and I think Ableton is the fastest program out there.

For recording vocals, I use the UAD arrow with a Shure Sm7b microphone. Works for me. For monitors, I have the KRK Rokit 5. I could probably get some better ones, but I know them so well, and that’s the most important thing for me. I like knowing how they sound, so I can make the right decisions.

I do have a Yamaha piano that I use as a piano. I want to be able to play piano without having the computer on. I also have an Akai LPK 25 MIDI controller.

Have you thought about collaborating with other artists or producers? If so, who?

For sure, but I don’t have anyone specific in mind. Collaborating with The Weeknd would be super dope, since I really like his music and have listened to him a lot.

How did you start writing and producing music?

I’m not exactly sure when I started producing and writing, but I have been singing for years, and I have always wanted to do my own songs. After a while when I was about 11-12 years old, I got into production, because I wanted to record myself.

I was also curious how to record multiple voices at once, build choirs, and so on. I had heard songs and didn’t understand how the same person could sing different segments at the same time. I have since learned how to do it and that was the most gratifying.

As a producer and songwriter, how would you describe your style?

Hmm, difficult question. I would say I like the sound of melancholy a bit too much sometimes. I like a dark sound with a lot of feeling into the music and chords, but that’s not considered a style.

I know what melodies and chords I lean towards, but it’s very hard to describe in text.

With several leading dance music producers coming out of Sweden, who would you say are your influences?

I think Axwell and Avicii have influenced me the most, but mostly Avicii, since I grew up listening to him. Axwell really has some classic songs that I really love. They both have some soul in their music and that’s really what I’m into.

I really like Kid Laroi at the moment, and it would be dope to remix one of his songs.

What do you have planned as a follow-up to “Salvation”?

A song called “Need It”! A bit darker than Salvation I would say and more influenced by the tech-house sound rather than Ibiza piano house. 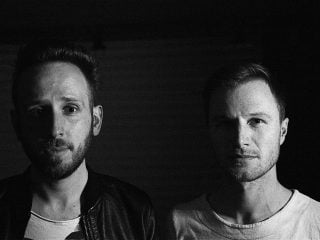 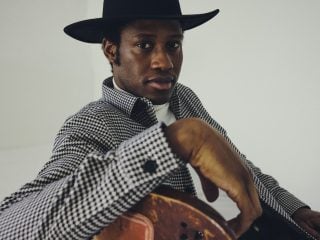