Originally from Brooklyn, producer Gryffin rose to dance music prominence through a series of remixes and viral hit “Go F—k Yourself.” Continuing his streak upward, he released his full-length debut album in 2019, titled Gravity, and kicked off 2021 with track “I Want Love,” featuring singer-songwriter Two Feet. This followed “Safe With Me,” dropping toward the end of 2020.

Known for a more melodic, uplifting sound that seamlessly flows between dance and pop, Gryffin grabbed listeners’ attention with remixes for Tove Lo and Maroon 5, before releasing original tracks like “Heading Home,” featuring Josef Salvat, in 2016 and “Whole Heart,” a collaboration with Bipolar Sunshine. From here, “Feel Good,” featuring Illenium and Daya, reached No. 18 on the Dance/Mix Show Airplay charts in 2017, and he has since collaborated with Carly Rae Jepsen on “OMG” and Maia Wright on “Body Back,” both of which ended up on Gravity.

Out on February 10, “I Want Love” serves as a progression, with an elevating, hopeful, yet still groovy sound that continues Gryffin’s pop-crossover appeal without compromising his dance music roots. We had a chance to speak with him about this recent release and his career to date.

“Your new single ‘I Want Love’ has just come out. What was it like working with Two Feet on this?

It was an awesome experience. I was so glad that he was so willing and open to changing the overall tone and vibe of the song from where he initially had it. I flipped the record into quite a different feeling and vibe, but he was very into it, and we worked through extra guitar parts and bits together over email that made it a very smooth and a fun collaborative process. I’m super proud of this one.

“Safe With Me” came out in December: What was your inspiration for this track?

When we were working on “Safe With Me,” we wanted to make a track that felt vulnerable but filled with warmth and tenderness. A song that was about insecurities, and wanting to find someone in your life to help lift you up. When the pandemic hit, the meaning of the song felt even more relatable to us, as I think we’ve all been struggling through this difficult time.

“Safe With Me” features the vocals of Audrey Mika. How did you two end up working together?

We got linked together through one of my label A&Rs. I thought her music and voice were incredible, and our team sent her the song, and she loved it. We got into the studio a few weeks later, had a few sessions in LA to tweak the record and bring her artistry into the song, and then it was done.

In 2019, you released your full-length debut album. What was your concept for this release?

Can’t believe it’s been over a year since Gravity. Gravity was sort of a Chapter 1 of the saga I’m beginning to build. Gravity was telling the story of how the world we’re building was created, and the following chapter is to showcase more of the world itself. I’m very excited to show this new phase of the project!

The recording process for many artists changed during 2020. What are you doing differently now than you were a year ago?

Doing a ton of virtual sessions and hangouts. That’s pretty much all I’m doing these days. It’s been completely different, but it’s just about adapting to the times and trying to stay productive and as creative as possible. It’s quite a challenge at times, though.

Because they’re not on the road constantly, many EDM DJs and producers find they have more time in the studio. What have you been up to?

I’ve taken up golf as a hobby to keep myself busy outside of the studio. I’ve spent a ton of time with my little French bulldog, which has been really nice. I’m definitely ready to get back onto the road, though, once conditions improve of course.

Do you have any additional tracks in the works to follow up “I Want Love”?

Yes! I’m working very hard on the next chapter, and cannot wait to show people all the new music I’ve been making.

Your musical style is defined as melodic house. As an artist, who or what influences your sound?

I’ve got influences from all different genres, but a lot of what really got me into producing dance music was early works from the likes of Avicii, Swedish House Mafia, and Deadmau5. But with other genres of music, it’s really about an emotional feeling I can get inspired by, or want to recreate. If I listen to a country record, it may give me an emotional response or feeling where I think, “I want to make that feeling in my next record!”

You’ve collaborated with other producers and singers since releasing your first track about four years ago. Who would you like to collaborate with in the future?

I’d like to collaborate with some more electronic acts (Tiesto, Kygo, Martin Garrix) as well as some vocalists (Lorde, MØ, Lewis Capaldi). There are so many other artists that I’m heavily inspired by, and I could name so many more, but I’ll keep it at that.

You have a background in classical piano and also play guitar. What influence do these factors have on the songwriting and production process?

I think it really has helped me in terms of quickly getting out ideas, and letting me be more instinctive with melodies and chords. It definitely helps me place organic, real instrumentation into my music, which is something I always try to do.

When festivals are scheduled again, where would you say your favorite place is to perform? Do you prefer smaller clubs or larger festivals?

I honestly love both, they’re just totally different experiences. I love the intimacy of a smaller club, because you can connect with individuals and feel a sense of closeness with fans, but at the same time playing a huge festival brings an unparalleled energy and excitement that is very fun, as well. 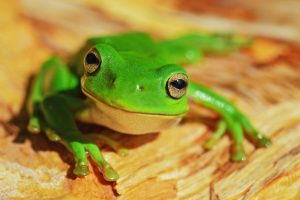 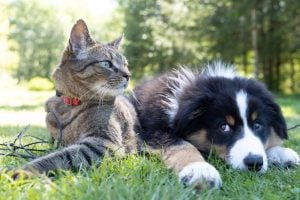 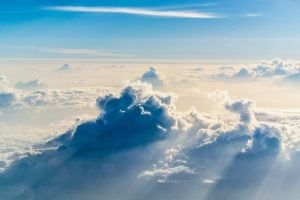 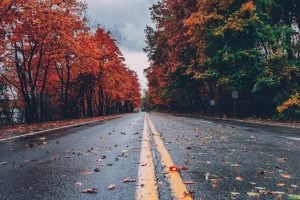