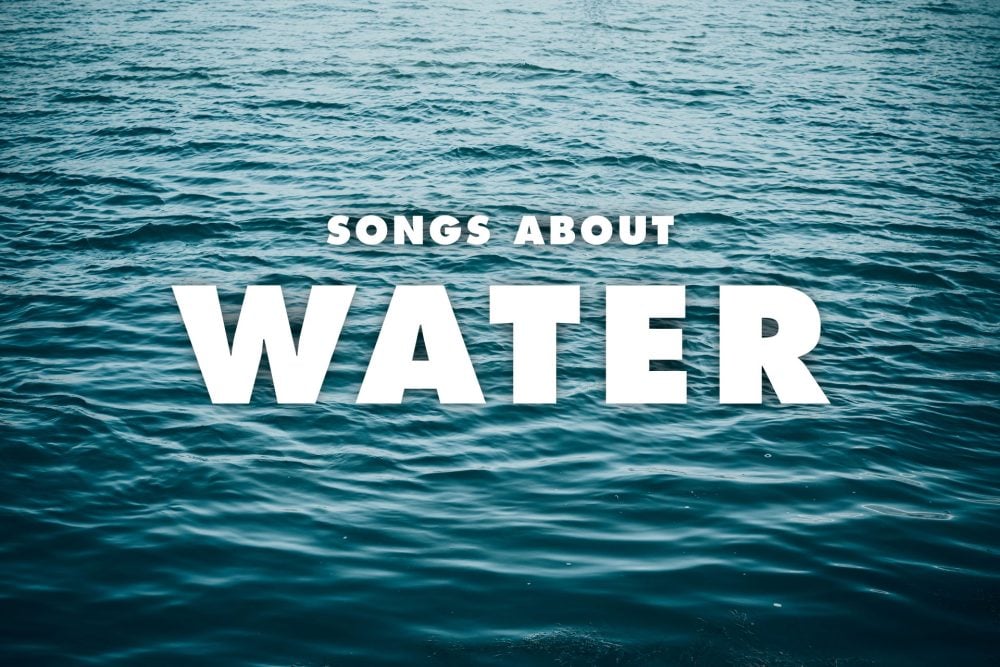 Water is a universal element both in life and music. Songs about water use figurative language to show the passing of time, reflect turbulent emotions, or act as a calming influence.

Without water, there would be no life. That’s why water is such a popular topic to sing about in music. It can be both peaceful and stormy, evoking the necessary emotions from the listener that the singer wishes to convey.

We have compiled the 10 best songs about water for you to listen to. Some are happy, some are sad, but all of them showcase this essential element that no human can live without. It is an element that is certainly worthy of all the attention it has received in these songs, as well as in countless others over the course of history.

The River by Bruce Springsteen

In this sad tune, the narrator (Springsteen) describes how he and his love interest Mary would drive down to the river at night and then go swimming. This song is sung in a chronological manner, meaning that it is told as a story. Springsteen describes how Mary gets pregnant and then they have to get married by a courthouse judge.

Despite all of the hardships that Springsteen describes in the song, they still go back to the river. The river symbolizes hope despite the narrator’s life seemingly becoming more hopeless throughout the song. Bruce Springsteen later said that this song was inspired by the lives of his sister and brother in law.

Cake by the Ocean by DNCE

While this song is entirely a metaphor for sex, one could interpret it as being about a Sex on the Beach cocktail. With plenty of beach and ocean imagery throughout the song, this tune stays radio-friendly despite its more adult meaning.

Composed by her brother Finneas, this dreamy tune appears to be a love letter of sorts to a romantic interest with “ocean eyes”. While ocean eyes are typically blue or green, many people associate the term with eyes that you could swim in.

Don’t Fight the Sea by The Beach Boys

Even though this tune was originally written by Terry Jacks in the 70s , The Beach Boys decided to record it in 2011 to raise money for tsunami relief efforts by the Red Cross in Japan. Al Jardine describes this song as a message of friendship.

Hold Back the River by James Bay

Many online users believe that “Hold Back the River” is written about James Bay’s struggle to hold back tears after seeing friends and family after a long time out on the road.

Come in With the Rain by Taylor Swift

Since Taylor Swift is known for her songwriting chops, it’s no surprise that she’s incorporated water into a song or two. In “Come in with the Rain” Swift sings about hoping her former flame will return to her, despite her being aware that he’s bad news.

Even though the sky isn’t clear when this guy is around, she expresses that she doesn’t care and hopes he’ll return despite the trouble he brings.

Have You Ever Seen the Rain by Creedence Clearwater Revival

While this tune has been covered by many singers, nothing beats the original version. Many meanings have been given for this song, like the rain being symbolic of bombs falling from the sky in the Vietnam War.

Others believe that CCR is simply describing a sunshower, which is a phenomenon in the southern United States where it begins raining despite being sunny outside.

However, John Fogerty says that the song was written as a song to the band’s success. Band members were unhappy and depressed despite enormous success on the charts.

Down to the River to Pray by Alison Krauss

Sung for the film “O Brother Where Art Thou”, this American spiritual of unknown origins discusses people of the Christian faith headed to a river to pray. This could be because many Christian revivals were held near bodies of water where people could easily congregate. It could also be because people were being baptized, which is seen in the film.

I Am a River by The Foo Fighters

In this 2014 hit, The Foo Fighters traveled to New York City to record. This song was written as a tribute to Minetta Creek, a river that runs underneath Manhattan.

Foo Fighters frontman Dave Grohl found it cool that a river could run underneath such a “futuristic city” that he just had to pen a song about it.

Artist: Simon & Garfunkel
Year: 1970
Genre: Folk
Whenever you are in need of comfort and seeking the solace of a friend, this song brings the peace you so desperately need. It shows what real friendship is about- that no matter how troubled the waters may become in your life, the ones who love you will always be there to rescue you.

Something in the Water

Artist: Carrie Underwood
Year: 2014
Genre: Country
If you’re feeling completely lost and in need of direction, Carrie Underwood’s upbeat anthem will give you that motivation you need to turn to a higher power for guidance.

It tells the story of a person who is baptized and experiences the freedom that comes with trusting in something that goes beyond what is here on earth.

Water Under the Bridge

Artist: Adele
Year: 2015
Genre: Pop
Adele’s soulful voice depicts all of the pain and frustration that is experienced with unrequited love. She begs and pleads for the one she loves to either love her back or to let her down gently.

If you’re going through a similar situation, you may find comfort in knowing you aren’t the only one experiencing the discouragement that comes along with loving someone who doesn’t feel the same way.

Artist: Avril Lavigne
Year: 2019
Genre: Alternative
Written as a way to cope with her difficult battle with Lyme Disease, Avril Lavigne’s emotional ballad is a relatable song for those going through a tough time.

It’s a plea to God for the strength and courage needed to get through hard times, and it’s a song that can bring comfort to those in the midst of some of the darkest days of their lives.

It describes how one minute you go from knowing everything about a person to the next minute not even speaking anymore. The longer you wait to reunite, the harder it gets to reconnect, so don’t wait until it’s too late.

Artist: TLC
Year: 1994
Genre: R&B
It’s a song we’ve probably all heard at one point, but the meaning behind this catchy tune is actually pretty dark. It’s about self-destruction and getting involved with harmful activities like drug dealing.

It also makes a reference to the AIDS epidemic, something group member Lisa “Left Eye” Lopes cared deeply about before her untimely death in 2002.

Artist: Prince
Year: 1984
Genre: Rock
One of Rolling Stone’s Greatest Songs of All Time, Prince’s powerful ballad describes the feeling of regret towards the love of your life, and how they are the only person you really want with you when the world ends.

Prince himself said that purple rain was a reference to the end of the world and how he believed the sky would be colored purple on Judgement Day.

Artist: Lady A
Year: 2019
Genre: Country
A song about wanting the person you love to let you in, “Ocean” conveys all of the emotions that are experienced when you feel like you are constantly fighting for someone who doesn’t want to be fought for.

That frustration of knowing that you love someone so deeply, but they are too scared to love you back is expressed beautifully through the lyrics of this song.

(Sittin’ On) The Dock of the Bay

Artist: Otis Redding
Year: 1968
Genre: Soul
This feel-good tune actually has a very tragic story behind it. It was recorded right before Redding’s death from a plane crash in Wisconsin.

The song was written while Redding was in California and chronicles the feelings of a lonely, depressed man who passes his time by watching the boats come and go as he sits and listens to the sound of the waves crashing. The whistling at the end of the song is what sticks with you the most.

Artist: Rihanna featuring JAY-Z
Year: 2008
Genre: Pop
We’ll end this list on a positive note, with Rihanna’s upbeat tune, “Umbrella”. The song talks about being there for the ones you love and protecting them from the storms they may encounter in their lives.

As Rihanna says, “Now that it’s raining more than ever, know that we still have each other, you can stand under my umbrella”. We can all use a little help from our friends now and then to weather the storms life puts us through. This song is a perfect tune to cheer you up and encourage you on those stormy days. 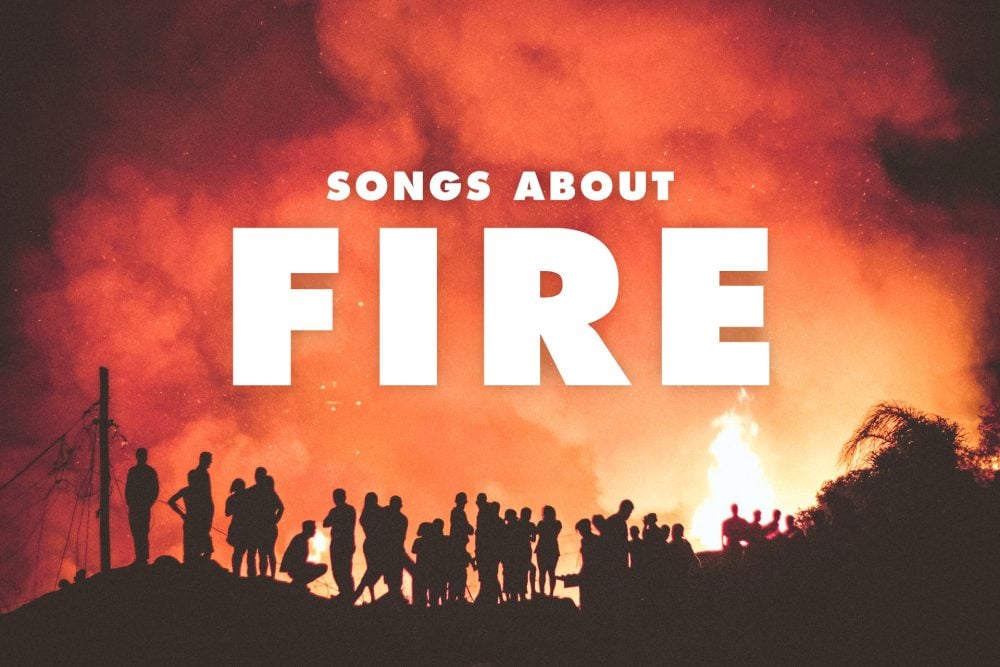 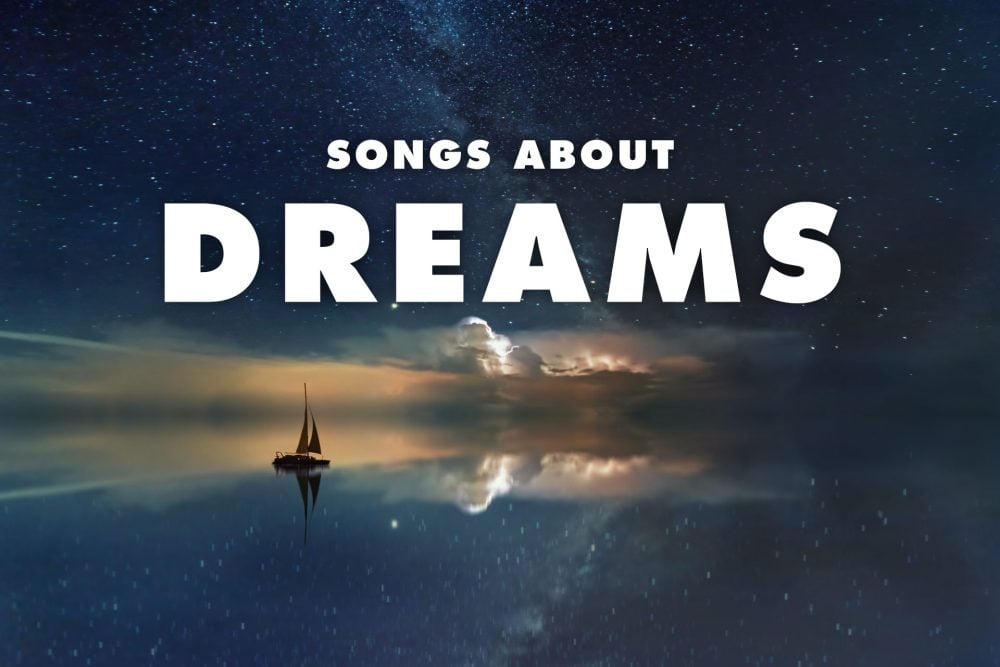 20 Best Songs About Dreams
Read Next Post →
Comments are closed.