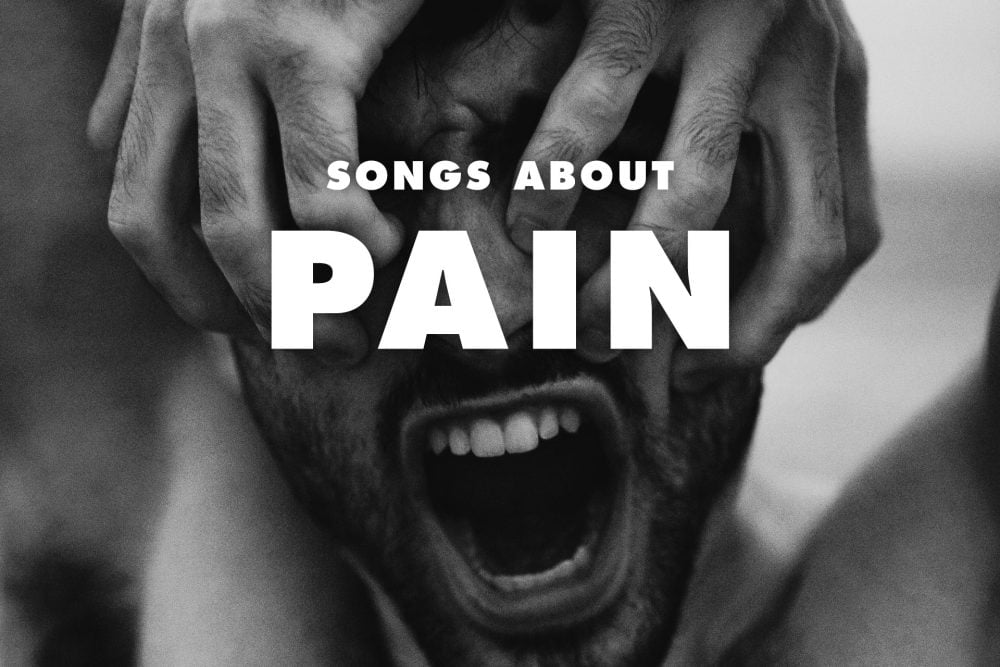 Certain songs have been known to help us through difficult times. Songs about pain are some of the most popular music hits available. Whether you’re listening because you, yourself are in pain or because the music moves you, songs can help us connect to ourselves and others.

“Everybody Hurts” by R.E.M.

R.E.M. is an American band that was most popular in the 1990s. Everybody Hurts was released on the 1992 album called Automatic for the People. This song was so popular that it made the Billboard Hot 100 charts as well as the top ten charts in Canada, Iceland, France and the Netherlands.

The drummer for R.E.M., Bill Berry, is said to have written much of the song. The song was “aimed at teenagers” according to the guitarist, Peter Buck. It was later used in the Everybody Hurts film created in 1992.

Johnny Cash is one of America’s all-time favorite country singers. Known for his deep and, at-times, gravelly voice, Johnny Cash created country famous country albums for years. The song “Hurt”, however, was not written by Johnny Cash.

The song was originally from a Nine Inch Nails album that was introduced in 1995. The song was written about addiction and self-harm. Although Johnny Cash did not recreate the lyrics of the song, he gave them new meaning with his reinvention of “Hurt”.

Not only does Johnny Cash sing about pain, but he exudes it in every line from the song.

Having someone close to you die is one of the worst kinds of emotional pains. In our interview with Jason Hawk Harris, he discussed writing about the pain of his mother’s death, “I think there was so much catharsis in the writing of it. I certainly wept when I wrote these songs and probably for a while after, but I think performing them night after night is a wonderful form of acceptance. It’s a processing, saying these words over and over. The words start to mean new things.”

“While My Guitar Gently Weeps” by The Beatles

“While My Guitar Gently Weeps” was written and performed by the British rock band, The Beatles in their 1968 album, The White Album. The song was created after studying transcendental meditation in India.

It is said that George Harrison wrote the song to convey the world’s unrealized potential for love. By blending both the influence of folk music with heavy rock, Rolling Stone magazine ranked the song 136th in the 500 Greatest Songs of All Time.

“Do You Really Want to Hurt Me” by Culture Club

In 1982, Boy George uses this song to tell a tormented love tale about two lovers who are causing each other too much pain and suffering. While definitely capitalizing the 80s flare with a reggae-influenced vibe, this song was iconic in the 80s nightclub scene.

This song is all about emotional, physical, and psychological pain from lyrics like “I feel disrespected, I feel so neglected” to “Everybody needs a bad guy. They need someone to blame.” In our interview with Fantastic Negrito he explains, “I didn’t make up this good guy/bad guy paradigm, but I think fear is the greatest commodity in the world. It’s the weapon of choice for many people who want to be seen as saviors.”

“Linger” by The Cranberries

The Cranberries’ lead singer, Dolores O’Riordan’s voice is haunting in this 1992 painful song about love. The lyrics of this song describes the longing for another person when they do not love you back.

“Linger” describes what it feels like to be wrapped around somebody’s finger when they have all the power to use your own emotions against you. While the narrator seems to know what’s going on, she feels powerless to stop it and the hollowness of Dolores O’Riordan’s voice rings loud and clear.

For a classic rock song about pain and suffering, John Cougar Mellencamp does this 1982 song justice. The song is about a man who propositions a younger woman he happens to be infatuated with. The woman, while much younger than he is, is sexually experienced which creates conflict for the narrator.

The ambiguity surrounding what he truly wants makes the connection “hurt so good”. In addition to a great listen, the lyrics make for an interesting glimpse into what might have been seen as socially acceptable in the 80s.

John Cougar Mellencamp was one of the most well-known class rock artists at the time.

From 2017, this song is a more recent look at pain through music. The lyrics outline a relationship on the verge of its end. Although both people in the relationship understand the likelihood of their future together, neither wants to pull the plug.

The pain in this music highlights a relationship that is not purely healthy or unhealthy, but custom-fit for the two involved.

Written by Clay Mills, Shane Minor and Sonny LeMaire, this country song reached number 5 on the U.S. country singles chart. This song tells a story of one, long bad day. By offering support to the man in the story, “Fall” suggests it’s okay to let go.

In acknowledging the importance of breaking down, Clay Mills details what pain can really mean for our sense of self. For those who hold on tightly and value strength at all costs, this song can help release the pain through its profound understanding of hurt.

David Bowie was one of the great megastars of the 70s. Rock ‘n’ Roll Suicide was released on the B-side album, Quicksand in 1972. The song is about a washed-up rock star who feels alone. The dramatic sound illustrating this song accompanied a live performance that couldn’t be beaten.

David Bowie blended an over-the-top artistic style to rock that, when blended with a sad song, formed a new kind of genre. Since many considered him to be an outsider, his version of pain can be interpreted as unique and soulful. Regardless of his reasons for writing the song, his feelings are easily relatable.

“Girl from the North Country” by Bob Dylan and Johnny Cash

This song is a classic, traditional folk song. The lyrics parallel a sense of grief and nostalgia that may have been aimed at a high school sweetheart. Detailing the memories that we still hold on to, the pain can be felt through both Bob Dyland and Johnny Cash’s iconic voices.

A ballad about redemption that became Gary Allen’s ninth top 10 hits and #4 on the country charts. The theme is about life knocking you down and feeling hopeless, but feeling the inner power that takes you out of the darkness into a new beginning and realizing that life truly is a beautiful crazy ride! The song was written by Cyndi Goodman and Tommy Lee James, and recorded by Gary Allen. The music video was directed by Paul Boyd and it shows Allen singing in Las Vegas in all his country-style glory.

In this 1974 production, the main character lashes out at his lover with honest, but very raw lyrics. He expresses the feeling left from their whirlwind love affair, full of pain, wounds, and scars. The narrator goes on to describe all the lessons he learned from the painful experience of being with her. It has a tone that blames her for all the horrors.

In this song, the protagonist expresses the pain from the loss of a loved one. It is on the fifth studio album of American singer Christina Aguilera. The song received mixed reviews as critics were pleased with Aguilera’s vocal performance, but were disappointed about the overall production. Regardless of criticism, the hit was certified gold by the Recording Industry Association of America (RIAA) and peaked at #19 on the Billboard Hot 100.

“Her Diamonds” by Rob Thomas

Rob Thomas of Matchbox Twenty sings about the painful experience of seeing someone you love suffering through debilitating disease. It was released in 2009 and was dedicated to his wife, Marisol, who suffered from an autoimmune disease. The character in the song describes is crushing pain as he runs out of ways to help her and sees her trying to overcome her unfortunate state. It is a song of devotion, dedication to someone you love, and the helpless pain you feel when they hurt.

In this 2006 rock song, Thee Days Grace gives their audience one of their biggest hits to date. It describes a character who thinks that feeling pain is much better than being numb and feeling nothing instead. He is disillusioned with life, trying to find a way out of his troubles.

“Let It Hurt” by Rascal Flatts

The narrator of this song describes how sleep is the only time he finds relief from this painful reality. It is a 2012 country song that strikes a chord with those moping throughout their days hopelessly, not being able to get some relief until the nighttime when they are finally able to check out from their painful reality. Eventually, the character comes out shining bright stronger than ever, after processing and getting over his pain.

“Feel No Pain” by Sade

This socially inspired song is about not being able to find work and the pain of poverty. It was released in 1992 as a rock song that served as a tune to show that long-term unemployment is not just an economic problem, but it deeply affects a person. The song reminds people of the painful truth many Americans live and how it creates bitterness, resentment, and division in society.

“Give Me Novacaine” by Green Day

Green Day does a fantastic job with this song about a guy that just can’t get out of his head, making it feel like it’s going to explode! It is about a character named St. Jimmy that is contemplating committing suicide. The song goes into the painful emotions as St. Jimmy writes his suicide note and his desire for his problems to just disappear. The band stated that the song is about a defining moment in someone’s life and how no matter what medications you take, the problems just don’t go away until you face your demons.

“Valley of Pain” by Bonnie Raitt

This 2002 song is about a woman that tries to be hopeful and remind herself about her resilience. Most of the song is filled with expressions of hurt and crying. With her courage and determination to rise she allows herself to triumph over pain. At the end of the song, she finally comes out of the darkness is flies away into the light.

A funny fact about this song is that it became famous at the elimination scene of American Idol, that’s painful! This 2005 tune is about the pain of losing and the pain you feel when the wound is fresh. It identifies with all of us who try to fake a smile while going through a painful disappointment.

Music about pain has been around since music was first made. To better understand our feelings and to let them go, these songs can help us grieve and move forward. Some of the most beautiful songs ever written were felt from pain. It is the hurt that has brought us some of the most profound music. 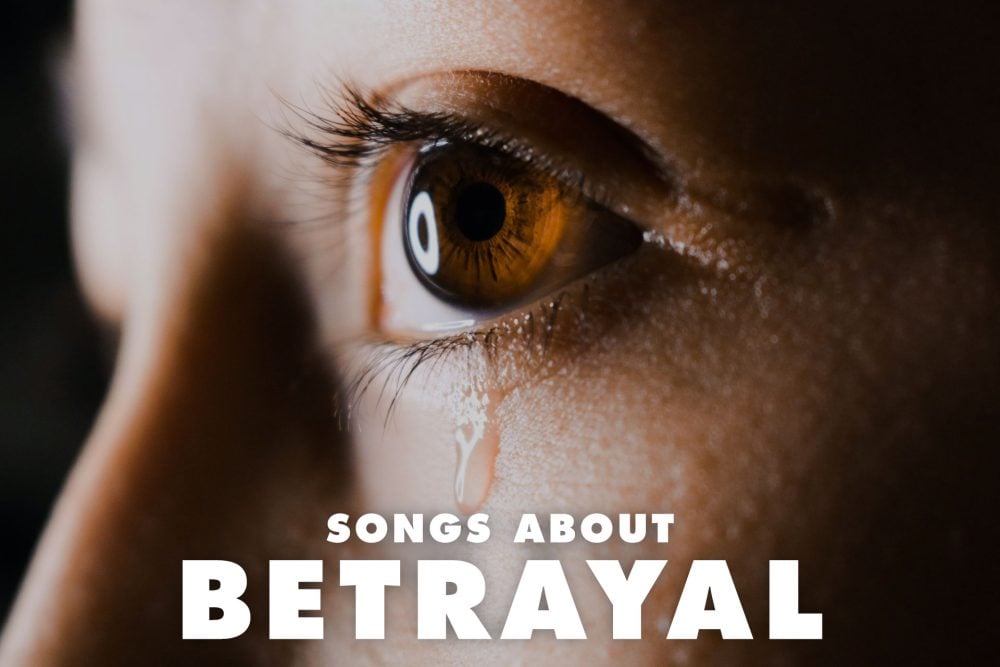 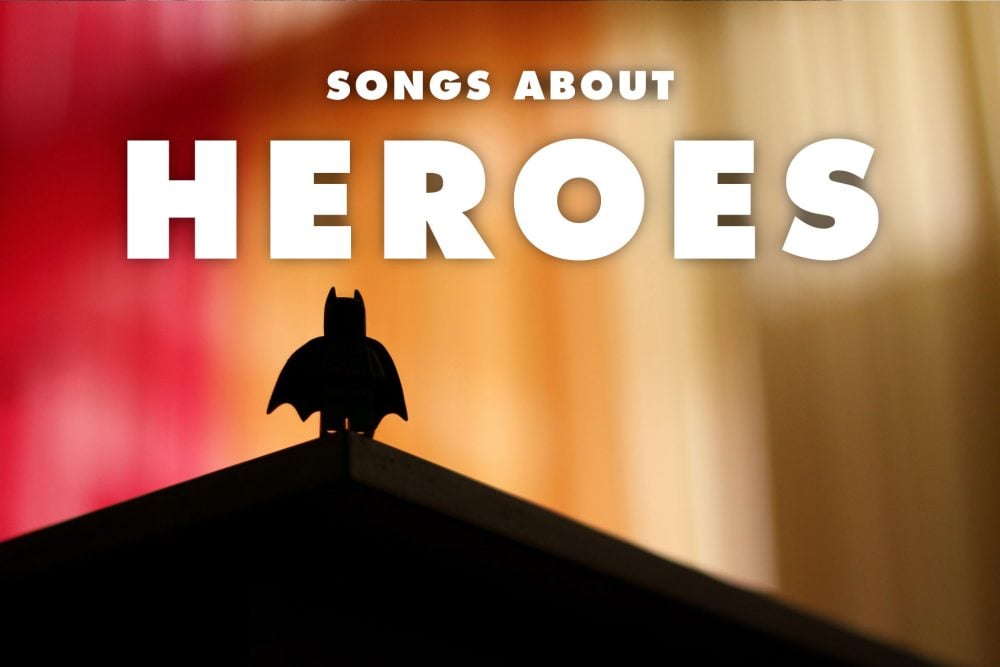 20 Best Songs About Heroes and Superheroes
Read Next Post →
Comments are closed.