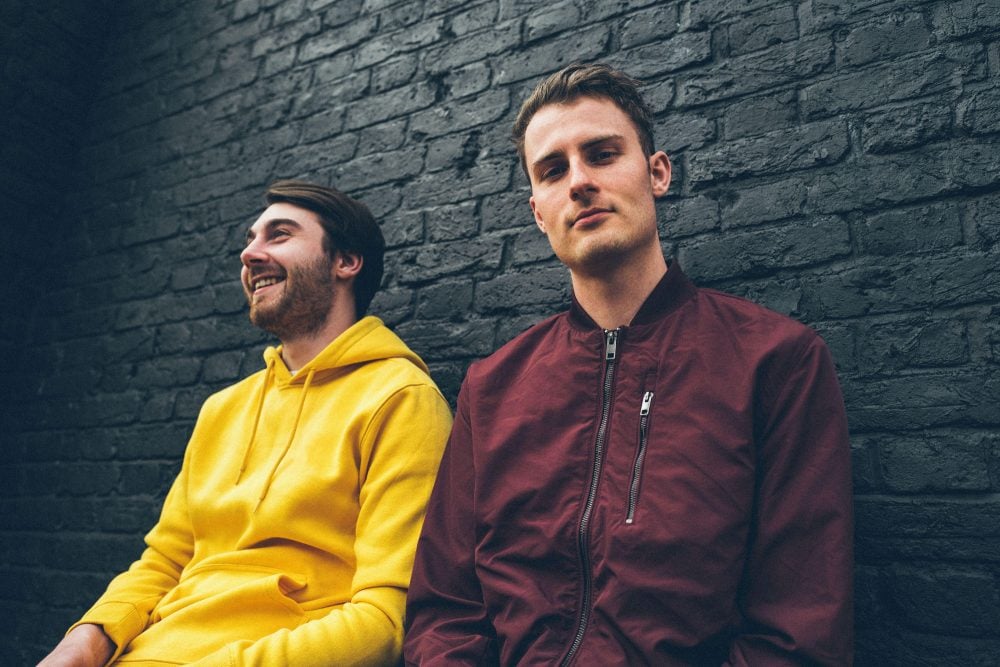 Over the past couple of years, dance music has been on a roll with modern-day reworkings of classic songs, be it Harrison releasing his interpretation of Fatboy Slim’s “Praise You,” Mike Williams and Dastic offering a future bounce spin on 2000s Romanian Eurodance hit “Kylie,” or Oliver Heldens heavily sampling Yazoo’s “Don’t Go” for “Turn Me On.”

Adding to that group – but straying away from a strict dance music remake – is U.K. duo Punctual, releasing a chill and introspective version of Mario’s 2004 R&B hit “I Don’t Wanna Know” built for the dance floor.

Punctual’s career has gradually been gaining momentum ever since they released “Eva” in 2016 on Becky Tong’s Juicebox. To date, the duo of Will Lansley and John Morgan has acquired millions of streams, both for “Eva” and 2020’s “Imagine,” and appeared at Mysteryland, Glastonbury, and other major festivals.

“I Don’t Wanna Know” dropped on July 31, alluding to the original but standing on its own as a groovy modern-day dance floor jam. Listeners have responded: by early September, “I Don’t Wanna Know” had been streamed 1.2 million times and climbed to 28th on the Apple Music Dance Music chart.

As “I Don’t Wanna Know” starts a new chapter in their career, Punctual had time to speak with us about the track and their background.

What gave you the idea to rework Mario’s “I Don’t Wanna Know?”

We were flicking through old R&B acapellas and found it, and instantly knew we wanted to try something with it. The original was such a classic growing up, and the vocal is so timeless, so we thought it’d be really fun to see if we could bring it into the modern-day.

What did you do to put your own spin on the original?

We wanted to keep the emotion felt in the original but turn it into something we could play out in our DJ sets. We re-recorded the vocals with our friend Matt, re-worked the chords and musicality behind the record and tried just to put our own spin on it.

Tell us about your background: How did you get started working as a duo?

We are mates from home, and both went to Bristol for University where we continued making tunes and DJing together! There was a lot of good dance music around in Bristol, and it was quite an inspiration for us at the time.

Although we now live in London, Bristol is where we first started as a duo and still influences our music to this day.

Both of you have backgrounds playing musical instruments. How does that influence the way you produce?

It’s hard to pinpoint exactly where inspiration comes from sometimes, but we’ve both spent our whole lives listening to music and playing music, which cemented the fact that we knew it’s what we wanted to do as a career.

John’s orchestral background can be heard through rich harmony and progressions in our music, whilst Will’s background as a drummer and cornet player in brass bands can be heard in the rhythm and melody.

How would you describe your sound?

Our sonic is constantly evolving, but we always strive to make melodic dance music that people can listen to both in clubs and at home!

Four years since your debut single, how has your sound and approach to production evolved?

Our sound and taste in music has naturally developed over the years as we get older, which you can hear if you listen to our music over the years.

We don’t think it’s necessarily a bad thing. It’s important to make music that excites you and inspires you at the time and always push the boundaries of what’s expected from you.

Obviously, you’re always going to make mistakes on the way, but it’s all part of finding your path as an artist.

Since our debut single (Eva), we’ve also had more and more opportunities to work with other writers and artists, which has been great.

Collaboration is, in our opinion, the best thing to do in music – you learn so much and have fun in the process. This has all meant our music has naturally developed to be more focused on vocals, but we still make more instrumental/sampled tracks that you can often hear in our Right On Time radio show.

Many producers have been releasing new music during the quarantine. What have you been up to?

We count ourselves very lucky not to have been particularly adversely affected by the pandemic, and our heart goes out to the millions of people who are having a tough time as a result.

The lockdown gave us time to reflect, as we weren’t doing any writing sessions, so we were able to focus on finishing up our favorite records we’d made, like “I Don’t Wanna Know,” as well as time to do some production for other artists, which is something we both really enjoy doing.

We also were afforded time to start our own mix series, Right On Time Radio, which is something we’d been wanting to do forever!

What should we expect next from you, in terms of a follow-up?

We have a bunch of ideas that we have essentially finished and are ready to go, but we are constantly working on new material, too.

We would love to tell you what we’ve been working on, but that would ruin the fun! Aside from that, our new remix for the amazing Raye dropped last week, which we’re super happy with.

Some artists in Europe have already started playing a few club gigs. What are your plans for playing live again?

Playing live is one of our favorite things to do, and we miss it so much, but to be honest, there is so much uncertainty at the moment about what’s going to be happening with live shows, so we don’t have any solid plans right now.

Rest assured, as soon as it’s safe, we’ll be back out there road testing all our new tunes!

As a duo, where would you like to see your career go?

It’s a privilege to be able to make music as our full-time job, which was first and foremost our aim when we started – although we of course have aspirations!

One of which is to have a prime-time DJ residency somewhere, maybe Ibiza, where we can regularly play slots in epic clubs late at night to thousands of people.

Besides that, we’re constantly trying to make music that connects with people, and the knowledge that your song has lifted one person’s mood or given them a soundtrack for a period in their life is such a crazy feeling.

So with that in mind, it’d be really great to be able to write an album one day that we’re really proud of, and that can both be a snapshot of that moment in our lives and also be something that people go back to listen to for years to come. 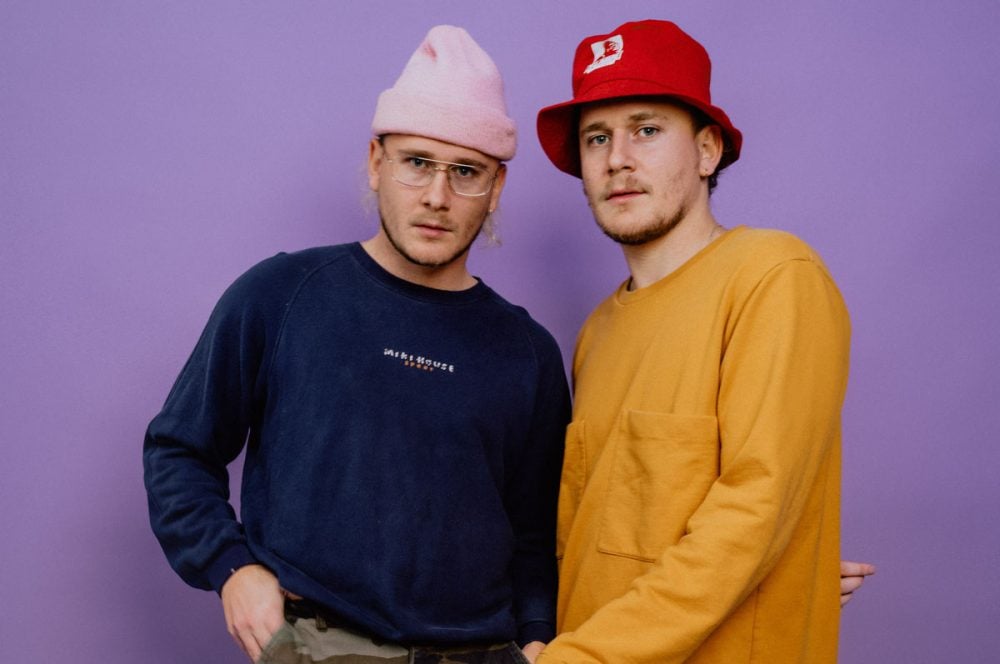 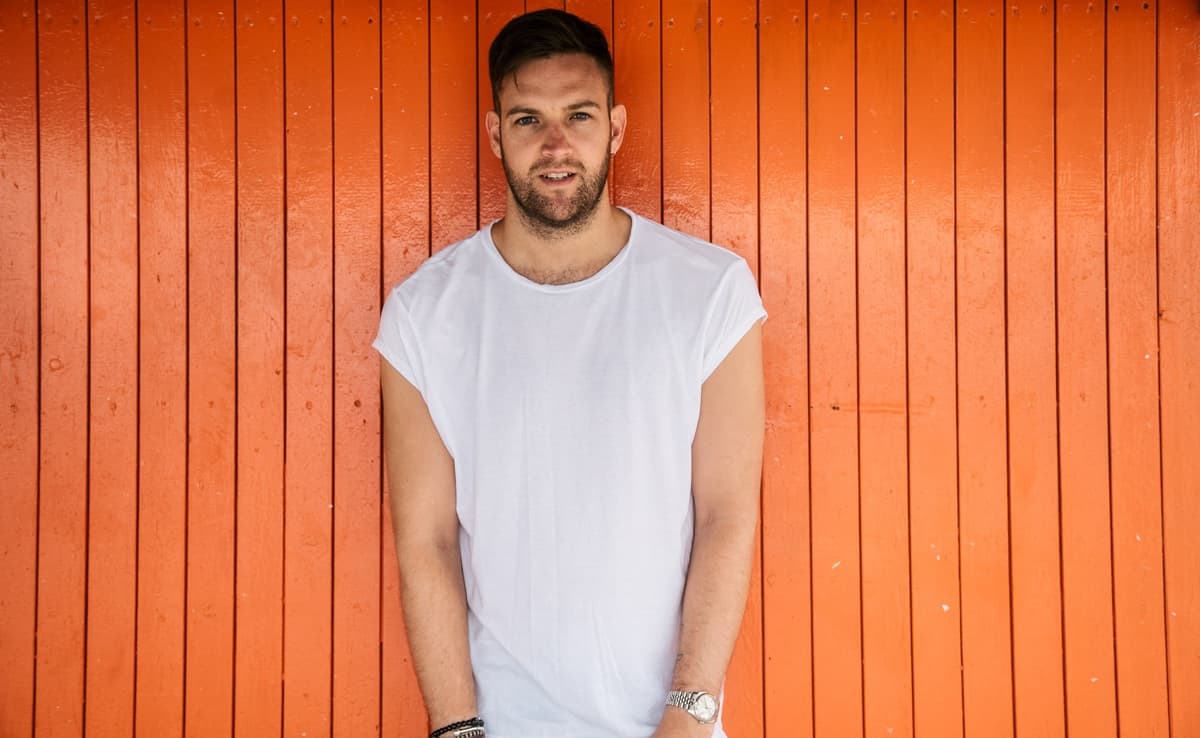 Secondcity Continues Streak With “All I Want”
Read Next Post →
Comments are closed.